Don’t let him see your ankles!

LISTEN NOW!  Greg shares about his time in Savannah GA and  Pat finds out who Paula Deen is for the first time!It is said that the reason why there were two different stair cases going up into the front doors of the older houses in Savannah, GA was that the ladies wore large hoop dresses and that if the “gentlemen” were to be walking behind them on the stairs then they’d see what they were not supposed to see so the men would use one and the women would use the other.  But it is also said that if a man saw a woman’s ankles, he’d have to marry her.  Therefore by using separate staircases this prevented marriage based on ankle exposure!  Yes, we’re laughing as we’re posting this, but we’re also repeating what was shared with Greg while on tour of Savannah, GA while he was there.
Courtesy of Kevin Winkler Photography/Shutterstock.com 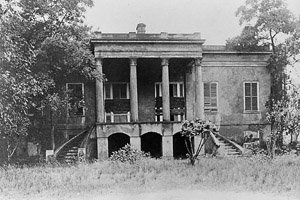 Heart of Nehemiah: The BLAME GAME doesn’t WORK, but Abiding with the Lord does! (Part 12 of 13)