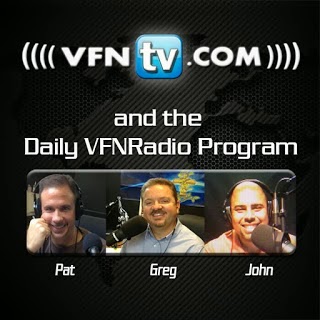 When God speaks Move Quickly
John, Pat and Chris share that when God speaks we move quickly and obey what He tells us to do.  They continue to discuss when God was about to destroy the city of Sodom and Gomorrah in Genesis 19.    Genesis 19:15 says, “With the coming of the dawn, the angels urged Lot, saying, “Hurry! Take your wife and your two daughters who are here, or you will be swept  away when the city is punished. When he hesitated, the men grasped his hand and the hands of his wife and of his daughters and led them safely out of the city, for the Lord was merciful to them.”  When God speaks we need to move on what God says.  We cannot take his mercy for granted.  The angels even told them to flee and not to look back.  Don’t think just do; obey God quickly.  There is not time to debate, ponder or think about what God told you to do; there is only time to obey God showing him that you fear him.  Even after God had mercy on them Lot’s wife still looked back because she didn’t respond to God in her heart.  Move when God says to move.
We need the plans that start in the Heart of God Not plans that start in the Heads of Men
John and Pat discuss how we need to have plans that start in the heart of God not plans that start in the heads of men.  The bible tells us in Proverbs 19:21 “Many are the plans in a person’s heart but it is the Lord’s purpose that prevails.”  It’s not just important to have a plan but more importantly to have God’s plan.  All of man’s plans that revolve around man with out regard of God lead only to confusion, scattering and dismantling.  It is so important to seek God’s will when making plans and to be pure in our motives for what we are doing.  In Genesis 11:3 the people at the time thought to themselves and developed their own plan to build a city and to build a tower to make a name for themselves and so they would not be scattered over the face of the whole earth.   Plans that are rooted in pride, self exalation and self perseverance never end well.  So many times people are praying for God to bless their plans instead of asking God what His plan for their lives is.  The very thing they wanted to avoid actually happened, the tower was not completed and they were all scattered.  They encourage us to seek the plans in God’s heart and not pursue plans that are born in the heads of men.
Watch- 90 year Old Grandmother’s  “Virtual” Amazement-The Rapid Acceleration of Technology; The good and the bad; from what’s real to what is Virtual
John, Pat and Chris speak about the rapid acceleration of technology that is occurring and how we are living in a time that we are seeing come to pass that many told us as children we would see. One such technology is the Oculus Rift goggles that allow you to experience what look like real life scenes and occurrences that are digitally created and are virtual.  They discuss the reaction of a 90 year old grandmother’s response to what she saw when she looked through the goggles.  She is seen and heard saying, are these just my eyes or are these leaves actually blowing?  Listening and watching her reactions to what she is seeing leave the viewer wondering how amazingly real what she must be seeing.  They continue to discuss that although much of technology can be useful there are many that are looking for ways to escape from reality and live in a make pretend virtual world.  They encourage us not to check out of reality no matter how bad it may be but to seek and cry out to God.  Real Life with God is better than a Virtual World without HIM.