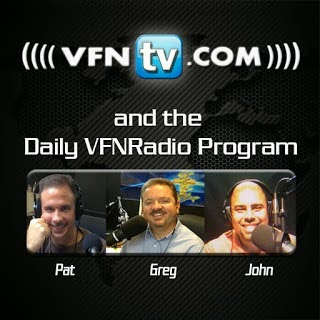 Charles Stanley who is a Pastor and founder of In Touch Ministries gives us God’s perspective on three questions being asked concerning the Boston Marathon bombings. Does God plan these tragic events? Does God Know about them before they happen? If he knew about them then why didn’t he prevent them? God says my ways are not your ways my thoughts are not your thoughts.  Charles goes on to say that the doctors that are day after day killing babies are no different than those who blow up buildings and kill thousands of people. Why is the church silent in this? Many have a perspective of God, saying that all ways lead to heaven but that just does not line up with his word. He goes on to say the only way to heaven is through Jesus Christ and we need to know God’s ways which we only learn through abiding in his word.  God answers the prayers of his children but he also chastens them when they get out of line. People who don’t understand this won’t get it. We are asking God to violate his nature by asking him to overlook all of the immorality that is taking place. He goes on to say that little by little we have been removing God… we have pulled the Bible and prayer out of schools we are worshipping the body over God, there have been over 50 million abortions. An ungodly world doesn’t want to be reminded of their sin. The Ten Commandments, crosses and the Name of Jesus are being removed from society because it convicts people of their sin. Godly discipline is about hardships that change our behavior not punitive damages. God loves us but there will be an increase of things. It is time for us to respond Charles says.

Helga’s Diary; A Childs Perspective of the Concentration Camps during the Holocaust

CBN News reports the perspective of a young girl who wrote and drew pictures of her experience in the concentration camps during the Holocaust. She shares the progression of being rounded up and forced to stay in a room with 21 other people under the guise of it being for their own protection to her father being taken and later ending up at the concentration camps in Auschwitz which she described as “walking into hell”, watching her mother and many others starve and many taken away to never return. Helga drew over 100 pictures detailing her experience. There were over 6 million Jews killed and many Christians were also killed. Greg shares that this is how satan feels towards God’s people and that we need to listen to this story to learn from it so this will never happen again.

A.K.A Malachi
Greg shares how for 10 years God had him prophecy the Malachi mandate which is found in the bible under, Malachi 4:5-6   “See, I will send the prophet Elijah to you before that great and dreadful day of the Lord comes. He will turn the hearts of the fathers to their children, and the hearts of the children to their fathers; or else I will come and strike the land with a curse.” He even prophesied these words before the city leaders that fell on deaf ears. And when they didn’t respond some were removed from office another found dead. Now WEARTV is reporting how Government leaders from surrounding counties came to the county he prophesied in to role play being taken into captivity by 2 armed men one of which they called A.K.A Malachi. Greg goes on to say this is part of EZ 12

“I am a sign to you”.
Final Pope is Here? Genetically Enhanced Human Hybrids
Sid Roth continues the 8th part of his interview with the author of Petrus Romanus and Exo-Vaticana, Thomas Horn. The authors Chris Puttnam and Thomas Horn write in their book Exo-Vaticana about how the Vatican has a very large interest in Extra Terrestrial life on other planets and are accommodating their theology. In this 8th part Thomas Horn continues to speak on how the book of Daniel specifically Chapter 11:38-39 when translated through Hebrew text speaks about how the antichrist welcomes and celebrates the coming of an alien God and how the 2 of them bring war. Thomas says that many religions including Protestants and even the Mayan culture believed 2012 was the “beginning” of the end. Thomas Horn also says that scientists are getting closer to begin making Hybrid Humans. Humans that are genetically enhanced similarly like how many crops are today. And how during the time of Noah were the Nephilim and the flood came about because of corrupted man and animals. He also speaks on the Sophia Project at Arizona State University where they are trying to communicate with the dead, angels and even God. Greg shares a report from NDJ World that in Uruguay scientists have merged the DNA of a glowing jellyfish with sheep and have created a glow in the dark sheep and also PRI Public Radio International reported that Bioengineers create life-like human ear with 3-D printer.

When we know better, we always try to do better.  Retractions & Restatements
Boston Terrorist Bombing, Why Did God Let this Happen? A God perspective from Charles Stanley
VFNRadio First Hour April 29, 2013