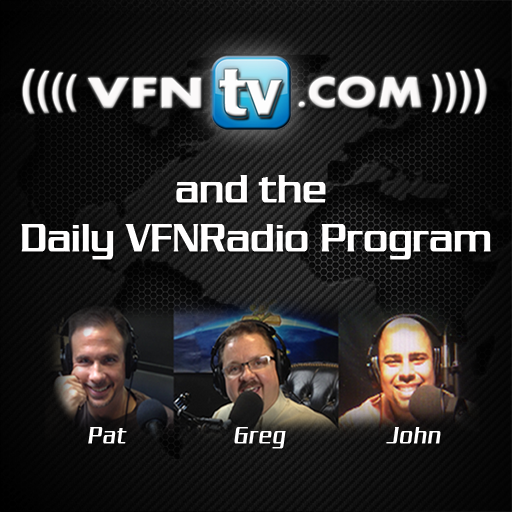 Duck Dynasty Thanking God for the Blessings
CBN reports on the popular TV show Duck Dynasty and how their popularity is not only because they are hilarious but the fact that they love God and are open with their faith. They also share that in the beginning of the series the producers of the show would cut out any references to Jesus and how Phil the father of the family stepped up and said they would no longer do the show if they continued to do this. CBN also states that the most important part of the show is how they end it. They end every show with the whole family breaking bread together and thanking God for the many blessings in their lives. They also tell us how there could have been a different path for the family and speak on Phil’s testimony. Before coming to the Lord, Phil had a drinking problem and at one point told Miss Kay his wife, to leave with the kids and so she did. Later Phil gave his life to the Lord and his children credit their relationship with the Lord based off of what God did in their father’s life.  This is a show you can watch with the entire family. The season finale brought in more viewers than American Idol and they pose the question, Is America wanting more of these encouraging shows? And will Hollywood bring them?

World Bank sets goal to end World Poverty in 6 Years
Greg, Pat, and Chris discuss according CBS the World Bank allegedly sets goal to end world poverty in 6 years.  They continue to discuss that most people in the world are living on one dollar a day.  America’s money is being handed out and being given to countries like Brazil, Egypt, and China.  There is plan by George Soros and others for one world economy and redistribution of wealth all the while 97 percent of the church is not even tithing and are robbing from God.   It’s time for the church to wake up and no longer be borrowers and become lenders and givers.   No matter what happens be right with God

Fear of God or Fear of Lack

Greg and Pat share more revelation with us from John Bevere’s book Fear of the Lord. The fear of the Lord is the beginning of wisdom. And they tell us if we are struggling with wisdom we should ask God and not to rely on knowledge for the word tells us that knowledge puff’s up.  Pat reminds us of the story of Nadab and Abihu where they offered wrong fire before the Lord and how God struck them down for it. Many say today, well that’s Old Testament but we read in the New Testament in the book of Acts how Ananias and Saphira  also gave a wrong offering and they too were struck down. So God’s word is true, He is the same yesterday, today and forever. They go on to share the story of the widow of Zarephath who out of her lack fed the Prophet Elisha and through her faith God provided and she was no longer in lack. God just wants to be first in our lives and wants us to trust him, are we going to fear God or fear lack. If we are faithful to God even through times of testing he will take care of us.

Greg, Pat and Chris discuss the 9thpart of 10 segments about how the Final Pope is Here?  The Vatican and aliens. Sid Roth continues the 9th part of his interview with the author of Petrus Romanus and Exo-Vaticana, Thomas Horn.  The authors Chris Putnamm and Thomas Horn write in their second book Exo-Vaticana that the Vatican has a very large interest in extra-terrestrial life on other planets and are accommodating their theology to reflect this belief.  The author shares how they have over 20,000 pages of research as well as hired investigators to uncover what they have found.  The authors predicted with remarkable accuracy that the Pope would resign exactly when they said he would which has not been done in 600 years before.  On February 11, 2013 lightning struck Saint Peter’s Basilica twice upon Pope Benedict’s resignation.  Lightning is seen as something that is either good or bad.  The Bible says that Satan was cast down like lightning (Luke 10:18).  Some known leaders in Catholicism say this is a beyond mathematical chance but instead a sign.  Chris Putnam continues to share some of the UFO sightings that some in the Catholic Church have claimed to see.  He goes on to say the Catholic Church is preparing there doctrine to reflect and include the coming of an alien god.  Could this lightning striking Saint Peter’s Basilica be just like when satan entered Judas?  Could satan have entered to begin his false plan?