Alinsky’s Followers: Hillary, Obama and _____? Are They Using Tips from Lucifer on how to organize America and the World?

October 3, 2013
Blogger Import
Government Mountain, Organizers of the Day vs Organizers of the Night Series, Religion Mountain, Saul Alinsky & Rules for Radicals: A Biblical Perspective
LISTEN NOW!  Greg and Pat continue the talk about organizer and author, Saul Alinsky’s book, Rules for Radicals, which is dedicated to the practices of Lucifer. [see Are They Using Tips from Lucifer to organize America and the world, really?]  It is difficult to share this as we want to be respectful of our president and honor him for the place of leadership he holds in our nation.  It is being shared to understand the “Light” [Matthew 5:14-16] view of what is taking place spiritually, not to speak in such a way to dishonor President Obama.  In addition, Greg shares about how the “spirit” of Elijah and “spirit” of Jezebel will both be present in the days before our Lord returns.  Malachi 4:5-6

Greg was shocked to find out that both President Barack Obama and Hillary Clinton are followers, students or children of Saul Alinsky; children in the sense spoken of in Revelation 2:20-23. We all, outside of Jesus Christ, walk in the darkness that covers the earth and under the thick darkness that covers men.  Isaiah 60:1-3 So it is to this encouragement of scriptures that remind us that God loves us all and desires for all of us, even those who follow the teachings of those who lead God’s servants astray to be saved; He gives us time to repent and follow Him, His teachings.  Listen to Greg share his journey of understanding when his copy Rules for Radicals showed up only to see in the front of it was dedicated to Lucifer  (Satan) and in the back of it (on the back cover) it was dedicated to two of Saul Alinsky’s followers (children) Barack Obama and Hillary Clinton.  1 Timothy 2:3-4

“Alinsky’s techniques and teachings influenced generations of community and labor organizers, including the CHURCH-BASED GROUP hiring a young [Barack] Obama to work on Chicago’s South Side in the 1980’s…Alinsky impressed a young [Hillary] Clinton, who was growing up in Park Ridge at the time Alinsky was the director of the Industry Areas Foundation in Chicago.” [See back cover]

Hillary Clinton, seemingly mentored by Alinsky, was offered a job working for Alinsky, but chose to go to college instead. She wrote her thesis on Saul Alinsky practices titled, “There Is Only the Fight . . . “: An Analysis of the Alinsky Model” while attending  Wellesley College .  Her paper was so revealing reportedly of her being one of Alinsky’s children that when her husband, Bill Clinton, was elected President of the United States, Wellesley College had her thesis sealed!
PRESIDENT OBAMA TAUGHT THESE ALINSKY TACTICS FOR FOUR (4)

YEARS reportedly under Saul Alinsky’s leadership. The tactics, Alinsky attributes to the ones Lucifer used!  Being a child of Alinsky, a constitutional lawyer and now the president of the United States gives him ample opportunity to “organize America and the world” using these techniques, while his Alinsky sibling, former Secretary of State Hillary Clinton, focus on possibly organizing the world as the “most traveled secretary of state.” The question might not be is America and the world being organized, it might be what are we being organized for?


“My people are destroyed from lack of knowledge.
Because you have rejected knowledge,

I also reject you as my priests;
because you have ignored the law of your God,
I also will ignore your children.”  Hosea 4:6
Greg shares about how it’s not for Christians, the Church, to tell those how to live their life if they choose not to follow Jesus Christ making Him the Lord of their life.  For the many in the church are held captive by this same spirit personally, in our marriages, families and fellowships.  How will the world ever be free if those who claim to be “set free” are not, but under the same dark spirit of trying to “organize” by unspoken “tips from Lucifer” their marriages, families and Church fellowships?  Luke 4:18-19  Listen to it in its entirety now.
screen capture from youtube.com/UCLACommStudies 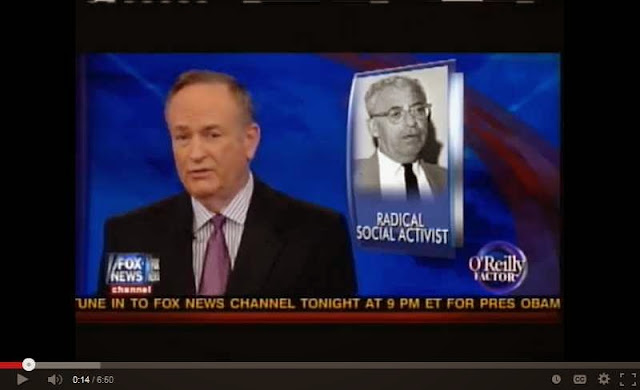 The Government Is Shutdown- YOUions/Unions & the Federal Government

ORGANIZE UNCEASING PRESSURE! Are They Using Tips from Lucifer to organize America and the World?