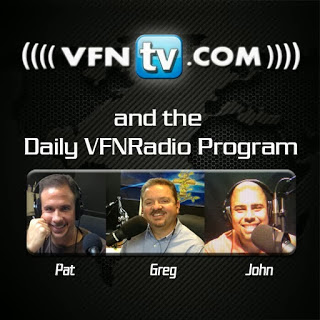 Rick Joyner – Martial Law and the Coming Financial Collapse
LISTEN NOW! Greg, John, and Pat discuss Rick Joyner’s prophetic word he titled, “The Straw That Breaks the Camel’s Back”, when he spoke about the martial law and the coming financial collapse.  They continued to discuss how martial law was not necessarily a bad thing because it used to bring stability, peace, and order.   History shows us that most of the times martial law has been used it was because of a financial collapse.  Greg and John share how God has shown them prophetically how the economy was going to crash.  God is and has warned his people so that we can be prepared.  The purpose for us to be prepared is not so we can build “bigger barns” stack more stuff for ourselves.  The reason to be prepared is so that we can be ready to minister to those who will be suffering during huge economic loss.  A prudent, wise, man and women see destruction and prepare for it.
ANTI Faith Sentiment On a HUGE RISE
Greg, John, and Pat discuss how anti-faith sentiment is on a huge rise.  The objective of those who express their anti-faith sentiment is to remove God from anywhere he is given glory.  There is a spirit behind all this.  CBN reports about a new survey conducted by The Liberty Institute where they found that cases of anti-faith sentiment had doubled from last year.  One such case involved a college student who was asked by her supervisor to remove her cross necklace because it might offend incoming college freshmen.   They also shared a recent interview between Luke Russert, reporter for NBC, and Brody File as they discussed the media bias against people of faith.  They continue to share that if you say you are a child of the day and you have not faced persecution it may be time to examine if you are trying to live as a child of the day and as a child of the night.  Is Jesus really the Lord of your life? In America we have not yet begun to experience the persecution that has taken place amongst believers all over the world.  It’s about kingdoms and you need to know what kingdom you are in.  Kingdom of God or the kingdom of the enemy, but you surely can’t take residence in both kingdoms at the same time.
Saul Saul Why are you “Organizing” Persecuting Me?
Greg, John, and Pat discuss how Apostle Paul before his conversion when he was called Saul was organizing and persecuting Jesus when he persecuted the church.  They continued to discuss how the church was headed towards great persecution less she walks in humility and repent.   They continued to discuss how the church was nailed when President Obama said he was a Christian like most Christians today in America.    Today we are seeing attacks on Christians everywhere and most recently we saw the attempts that were made to shutdown Kirk Cameron’s movie “Unstoppable” because it was a movie that explained why bad things happen to good people.  The enemy wants people to be in the dark in regards to his evil practices.  The same frenzy we see breaking out today is the same frenzy we see in Acts 8 when Saul was organizing the persecution of the church.  It is important to remember that there are always two kingdoms and two sides: LIGHT and DARK.  Saul was going house to house to find the church to persecute and kill them.  They discuss how many today are quick to write off the persecutors, the organizers and go straight to political instead of Biblical.  They continue to share how you will begin to care for others when you have an understanding of the Light and of the Dark.  They continue to share how organizers were looking at whom they would select for the office of the presidency and how president Obama’s pastor, Jeremiah Wright, said that he was selected before he was elected.  They further discuss how many try to associate Saul Alinksky type tactics to Dr. King’s movement when in fact Dr. King based upon his own words and actions did the complete opposite of what those tactics propose.  Satan has been at this for a while and we see Saul going after the church and wide spread persecution broke out but in the midst of this flood gate of persecution Saul had an encounter with Jesus, Acts 9.   Such a bright light shined around Saul that it knocked him off of his horse and caused him to be blind for three days.  Jesus himself asks Saul: “ Saul , Saul why are you “organizing”persecuting me?  At that one moment a man who was used by satan to organize the persecution of God’s church was now touched by God and was going to be used by God to spread His kingdom.   We mustn’t give up on organizers and our president too soon.  In Saul’s case God touched a man who thought he was doing God a favor by persecuting his church.  Saul was sincerely wrong but when God revealed himself to Saul he was completely changed.  We can believe for our President and others to have the same encounter that Saul had.  God had big plans for Saul, the organizer/ persecutor of the church was going to be used to write, inspired by God, most of the New Testament Bible.  We must remember that Satan is the enemy and not people.  God loves everyone and we can join with God and pray for those who are persecuting the church to one day be used by God to bless and help his church.  May our heart be for God to touch them, save them bring them out of darkness into His glorious LIGHT.