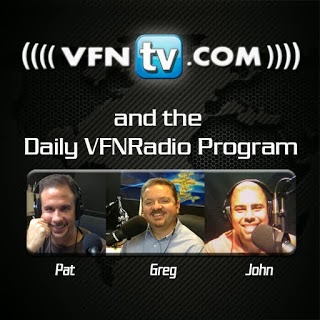 Prophecy: Is New York City Babylon as stated in Revelation 18? Part 2 of 2
LISTEN NOW! Greg, John, and Pat continue discussing the question; is New York City Babylon as spoken of in Revelation 18.  They continue to discuss how the book of Revelation in the Bible is not written in sequential order.  If it were laid it out in specific order no doubt man would think they have God figured out.   They continue to discuss the grandeur of America and how many people from all the nations of the world want to come here.  It is often said that when America sneezes the world catches a cold.  The question they continue to ask is New York City Babylon as it is stated in Revelation 18?  Often times many people think holistically when they are thinking in terms of judgment but that is not always the case.  The Bible tells us of several cities in which God judged not just to judge them but to serve as an example for others as well as to what awaits them if they walk along the same path.  They continue to discuss how several people shared what God showed them bout the 9/11 after the attacks occurred underscoring the importance of sharing what God has shown when He has shown you as to warn others as to what is coming less they repent.  They continue to share from Revelation 18 as well as sharing from dreams and visions they received as well as those that God has given others.  The Bible tells us in Revelation 18:21 “Then a mighty angel picked up a boulder the size of a large millstone and threw it into the sea”.  Pat shares a dream the Lord gave him where he was at beach house and when he looked at the sun he saw the sun fall out of the sky and fall right into the ocean and then he saw a tidal wave head towards him.  They continue to discuss how the water represented the sea of humanity.  They continue to ask the question; is New York City Babylon?  They continue to discuss what the Bible says in Revelation 18:17 “In one hour such great wealth has been brought to ruin!”  John shares the dream the Lord gave him and in the dream he was at work and saw his fellow coworkers gathered around the TV as they were watching breaking news.  They were all watching a news reporter who was on the floor of the NY Stock exchange where all trading had completely stopped while he was completely surrounded by stock brokers.  The reporter says I guess you are all wondering why we are gathered here today. It was very quiet and like all the air was sucked out.  He said before I share what I am about to share I don’t want anyone to panic.   John already knew what he was about to say.  John went back to his desk real fast to get his things so that he could leave before the news broke.  As he was coming back to leave I heard the reporter say. “That in six minutes the world was coming to an end as we know it.” That’s when people where exhaling gasps of air and began panicking.  Then John started talking loud above the clamor that the lord told us about this and directed them to the VFN Torch.  They continue to discuss how President George W. Bush said that Wall Street got drunk.  Revelation 18:22 states “The music of harpists and musicians, pipers and trumpeters, will never be heard in you again.”  No worker of any trade will ever be found in you again. The sound of a millstone will never be heard in you again.  They continued to discuss that NYC is a place where many musicians go because of all how many in the music industry are entrenched in the city.  They also discuss how once again New York City fits the criteria of how Babylon is described in Revelation 18.  They further discussed the countless factories and industries that are active and manufacturing in the city.  They continue to ask God to redeem the city as well as encouraging others that there is life outside the city.  They continue to discuss how God saw every injustice and act of debauchery.  They continue to share how Greg saw the city on lock down where even the military were involved and the Catholic Priests were marching in ranks in the city.  The first thing Pope Francis did when he became the Pope was to pray with Muslims.  They also share dreams from others who saw the city in ruin and great devastation and the difference between those who abided with God and those who didn’t.  They also discuss what David Wilkerson saw.  A man of God who was called into the heart of the city, who labored, agonized and prayed much for the New York City.  David Wilkerson saw thirty days of chastisement for the city.  He saw over 1,000 fires in the city with no transportation into the city for at least two weeks.  The question is why haven’t we turned? We had opportunity to turn during Katrina, which means purity, during hurricane Isaac which means laughter, when our American citizens booed God at the Democratic National Convention.  It’s going to be bad unless you repent.  It’s not just for those who live in New York it’s for those who have New York in their heart.  It’s time to turn your heart to God.  It’s time for Jonah to rise up in the city and help people turn to God.  It’s time to leave the city if they refuse to repent and turn to God.