January 20, 2014
Blogger Import
VFNKB
LISTEN NOW! Greg, John and Pat discuss how today is a day to focus on a man and his accomplishments.  They discuss how Dr. Martin Luther King Jr.  was sound constitutionally and is seen as an apostle.  Greg continues to share how 2013 was a horrific year because of all the horrific things the Lord showed him regarding some of the tragic events that occurred in America’s history; much of which is not taught in schools.  They talk about the boldness and steadiness of Dr. King holding America accountable for what was written in the Constitution.  They further discuss some of the injustices that were perpetrated toward African Americans in our country while at the same time the willingness of Dr. King to still to be able love, forgive, hope and dream of a better day.  They further discuss  Dr. King’s I Have a Dream speech, given in 1962 at the Washington Mall, nearly 100 years from the signing of the Emancipation Proclamation in 1863.  He was invited as a speaker for the March on Washington Event and Dr. King just released what was on the inside of him.  Dr. King’s speech, given at the foot of the 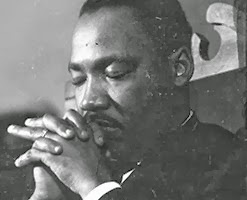 Lincoln’s Memorial, is still so moving, even when heard today, because just as it struck a chord then, it strikes a chord today in the hearts of all men that have seen and or experienced  the injustices and inequality  that African Americans have experienced before, during and after this historic speech.  They further discuss the need for the church to begin a conversation not only to stand and empathize with those who have suffered but also repent for the injustices that were falsely done in the name of Jesus.   This is our chance to walk out the original intent of God and of the Constitution.

Heart of Nehemiah: Time to get on the FIELD & SPEAK the Same Vision, DON’T let them STOP you (Part 3 of 13)

Heart of Nehemiah: Know The SEASON, Ground work for VISION, & CONFRONTING RIDICULE when you are building (Part 2 of 13)