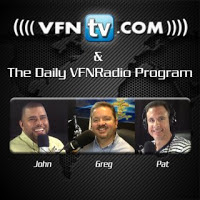 It’s not about Just One Gift but the Family of God working Together
LISTEN NOW! John and Pat discuss how it’s not about just one gift but instead about the family of God working together.  They continue to discuss the stunning Super Bowl defeat the Seattle Seahawks dealt the Denver Broncos when they beat them with a score 43-8.  They continued to discuss how this was a particularly stunning defeat for the Broncos not just because they were favored to win but also because the night before the Super Bowl  Peyton Manning , their quarterback, won the MVP, Most Valuable Player  award.  They further discussed how insignificant this award was compared to the coveted prize of the Super Bowl Championship.  When a team wins the Super Bowl championship the entire team is recognized for their achievement.  In fact the entire organization is recognized as champions because every single player, coach, assistants, equipment managers, office personnel and stadium usher had a role to play.  They continue to draw comparisons between how there is a tendency to focus all the attention on a single key position in football and how many do the same when lifting up one gift above the entire church.  The church is not about any human individual but rather is more about the family working together to honor God and the advancement of his kingdom.  When we focus on just one gift we fail to fulfill the destiny the church has to bring all of God’s gifts together for the advancement of his kingdom.  The day of the lone ranger is over it’s time for every believer to get ready and play together as a family.  Each one reaching one, each person being one as we come together as the family of God.
Celebrating Black History Month: William Seymour Man of Prayer and Power
John and Pat discuss the celebration of Black History month as they discuss a man of prayer and of power.  They continue to discuss how God used William Seymour a humble one eye black man who in the natural seemed to have so very little and yet was used so powerfully.  Seymour was born to free slaves during a time where there was much segregation.  Seymour was continually rejected by the church and eventually settled in Los Angeles and was locked out of the church building when he preached about speaking in tongues.  He ended up in a little home having a prayer meeting and the power of God came down so powerfully that the revival meetings took a life of their own forcing them to meet in a location on Azusa Street where at least 1, 000 people gathered nightly for three years from all over the world.  It is said that nearly 600 million people have been impacted in the world as a result of William Seymour’s ministry during the Azusa Street Revival.  Although it appeared that Seymour did not have much what he did have proved to be the only thing he needed was an experiential knowledge of God.  He knew God and God knew him.
Answer to Prayer: Sex Trafficking Ring Busted – 16 children and 50 Woman Rescued!
John and Pat discuss an answer to prayer as they share how God rescued 16 children and 50 women from sex trafficking rings.  According to Charisma News  45 people were arrested and 16 juveniles rescued in a two-week crackdown on prostitution in the New York-New Jersey area leading up to last Sunday’s Super Bowl, the Federal Bureau of Investigation officials said on Tuesday.  The rescued children ages ranged from 13 to 17.  They continue to share how their rescue was an answer to their prayers.  They have been praying for several years this prayer.

“Father we call upon You for You are our help in times of trouble, our deliver, our rescuer and we ask that You send Your light in the midst of darkness and set the women and children FREE who are being sold and traded as sex slaves throughout the world.  Send your guardian angels to fight the battle of darkness to set your children free!  Let your judgment come to those who are capturing women and children making them slaves to be used to fulfill sexual needs of those who are evil.  Expose those who are involved and destroy the sexual slave human trafficking trade rings throughout the world.  We cry out for justice for those who have been forced to be sexual slaves asking for their freedom and that they come to the saving knowledge of Jesus Christ making Your Son Jesus the Lord and Savior of their lives.  Restore hope and purity and heal the emotions of all those who have been used against their will.  Pour out your love over each woman and child who has been used as a sex slave and let them be a light and testimony of what our God can do!”