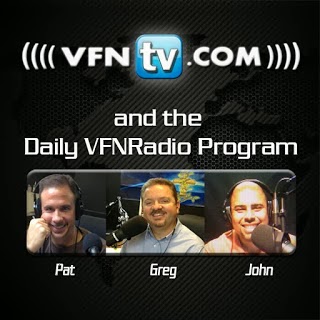 The Guys  share about their Valentines Day Smoothness; Humor
LISTEN NOW! John and Pat have a good time as they discuss what they did on Valentines.  They guys share funny moments as well as giving Chris a hard time for bring Rico Suave.
Honoring Prophet Bob Jones: Did you Learn to Love?
John and Pat honor the prophet Bob Jones as he passed away Friday February 14, 2014 at 6:22 am on Valentines Day.  According to Charisma News, Rick Joyner, founder of Morning Star Ministries says Bob passed away peacefully and smiling.  They continue to discuss Bob’s bio which reads “After his death experience in 1975,” the bio continues, “God sent him back to minister to church leadership and reach the multitudes with His love, truth and equipping the saints with understanding of the spiritual gifts. God promised Bob that he would see the beginning of one billion souls coming into the kingdom in one great wave of the end time harvest. Bob moves with a clear revelatory gifting, accompanied by gifts of healing and miracles.”  They continue to share Bob’s remarkable ministry and how he has ministered to many men of God that are being used today in the Kingdom of God, Mike Bickle and Rick Joyner just to mention a few.  They recount some of the prophetic words that Bob delivered to Mike Bickle of Kanas City, IHOP regarding the 1 million dollar offering that that Mike would receive specifically for Bibles and how that word was fulfilled.  They also discussed how Bob was used powerfully to confirm as well as give Rick Joyner pin point accurate words regarding his ministry and his commission and encounters Rick would have with the Lord.  Although Bob was used in miraculous ways they further discuss how Bob was remembered by those close to him for his love for the Lord and people.  In an interview by Abiding Glory Ministries Bob said that when he was in heaven that he was asked one question and that was “ Did you learn to love?”  They continue to discuss that no spiritual gift is more important than moving in the love of God.  They continue to share our great need to continue to grow in the revelation of the love of God as well as living each and every day loving God and loving others.

VFNRadio Second Hour February 17, 2014
Destined to be an Overcomer; Don’t Fall Back, Don’t Shrink Back