March 13, 2014
Blogger Import
Hope, Prophecy, Prophecy for America, Prophetic Words from Oct 2016 and Older, Third Great Awakening
LISTEN NOW! Greg, John, and Pat revisit the lighthouse prophesy given by Bob Jones in 1994 regarding a move of God that was coming to Pensacola.  They continue to discuss many aspects of how this word intersects with many things the Lord has shown them as well. They continue to discuss how this prophetic word has significant meaning as this is something that has been labored and believed for, for many years.  Many things mentioned in the prophetic word confirm many of the things they see or have seen happening.  One such thing is the transference of “Prayer Mountain” to Pensacola, Florida and the 24 hour weekly Prayer and fasting community that has been praying for nearly five years.

They also discuss how Yolanda Dupree, a holocaust survivor and intercessor, was told by God that He was establishing his fire mountain.  They also discuss the confirmations regarding the light house and how God has showed them prophetically being a battleship on the Gulf Coast protecting the Gulf Coast from spiritual attack as well as them taking down lies with truth. The discussion   Their desire is to see this move of God to come and for the Lord to redeem what was started and to touch Pensacola, the Gulf Coast and the entire nation with a mighty move of God. 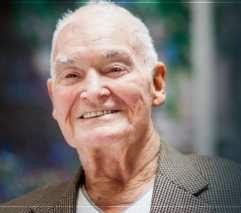 
Check out how Greg and John ministered to all those who the Lord led to come to the Brownsville Revival from “The Light House”. HERE
Courtesy of somchaij/Shuttetstock.com

Bowls of Prayers of the Saints
Revelation5:8

Related Articles
LIGHT HOUSE Prophesy Part 2 of 2
Prophecy:Vision Light House- Bob Jones- Move of God for Pensacola,Gulf Coast Region and the Nation
Lighthouse and the Brownsville Revival
While they were shaking Hands- Missiles headed to Attack Israel
LISTEN:Spiritual Avalanche: Steve Hill’s New Book and Message for the Church; Millions could be killed
Prophetic Warning,Spiritual Avalanche that could kill millions, says Steve Hill
Watch Out for the “Flakes”

Prophetic: All of America on Fire with the Glory of God; REVIVAL

WATCH! PROPHECY! A New Wave of Revival is Coming to America as the Church Gets Back to Family. Charles Simpson