April 4, 2014
Blogger Import
Government Mountain, Prophecy, Prophecy for America, Prophetic Words from Oct 2016 and Older
LISTEN NOW! Greg, John, and Pat discuss how the RFID chip may be the prelude to the mark of the beast and warn us not to take it.  They assure us that God will provide for those who are His and are seeking Him.  Revelation 13:15-18 “The second beast was given power to give breath to the image of the first beast, so that the image could speak and cause all who refused to worship the image to be killed. 16 It also forced all people, great and small, rich and poor, free and slave, to receive a mark on their right hands or on their foreheads, so that they could not buy or sell unless they had the mark, which is the name of the beast or the number of its name. This calls for wisdom. Let the person who has insight calculate the number of the beast, for it is the number of a man.  That number is 666.”  They continue to ask a question in regards to who do you love; do you love God or money?  They continue to share how the devil is more patient than some Christians in that he will wait patiently for his plan of attack to unfold.  In our current culture American’s biggest idols are comfort and convenience and they are almost willing to do anything to serve them.  Often times throughout history bad times parallel good times.  There is a mindset prevalent in the culture and even among the church that if “it’s God “everything has to be smooth, perfect, and painless” and that’s just not the case.  Greg continues to share a prophetic dream in which he is working with others in what appeared to be an office cubicle and their work was related to gathering people’s data.  In the dream it became apparent that what they were doing was wrong but the environment was such that to bring attention to the wrong they were doing would not be acceptable.  In the next scene they all had what appeared to be hand held whiteboards.  Greg picked up a pen and in the dream wrote out “and the number of his name is 666.”  God is speaking and has been speaking for a very long time, the question is does God’s people still hear His voice.  They continue to discuss how the RFID chip technology is nothing more than a very tiny chip that emits a signal to an RFID chip reader.  Today this technology is being widely used in wristbands for amusement parks.  The paper band would contain the RFID chip alleviating the need to carry a wallet and all buying transactions can be made just by simply waving your hand across an RFID chip reader a small distance away.  Many believe this is just the prelude to the mark of the beast mentioned in Revelation 13 that will literally control one’s ability to buy or sell.  They continue to discuss several scenarios that can unfold as a result of this chip in regards to the government being able to control what individual citizens can or cannot buy.  Some of the potential framework has been already laid down for it when you think about the Affordable Health Care Act and how the Supreme Court ruled that it was a tax in the integration of the IRS and your taxable income.  At the same that this is unfolding and we are presently experiencing a cloud formation and weather patterns that is being called the 3 dragons that is moving eastward.  They also share Chuck Pierces’ word; “This is a Season of Glory Change! And “Dragons Are on the Move”.   God speaks to us mainly through His word yet He also speaks to us in many different ways including signs in the heavens.  They caution us to be those who seek the Lord, hear His voice and follow His ways and when we do that we don’t need to fear because He will guide us, lead us, direct us and provide for us in many ways.  We don’t have to take the mark as God will provide for us everything we need.  They continue to discuss a “now” word, a prophetic dream given to  Pat Hamilton from the Lord regarding how squirrels would eat gold dust and leave golden nugget droppings behind.  At the end of this dream Pat was able gather 100 pounds of golden nuggets that would be worth $626 million dollars.  Just like God was faithful to provide the Israelites with manna something they or their forefathers had no knowledge of God can and will provide for us in ways in which we presently do not know of.  God is faithful. 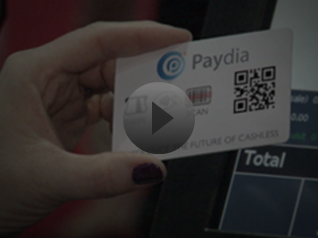 RFID Opening Doors for the Mark of the Beast?
x 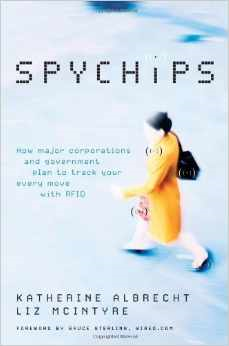 RFIDOpening Doors for Mark of the Beast?
SpychipsHow Major Corporations and Government Plan to Track Your Every Move with RFIDby Katherine Albrecht, Liz McIntyre

RFID Chip Prelude for the Mark of the Beast? Don’t take the Mark God will provide for you: Part 2
VFNRadio Second Hour April 4, 2014

Phone Addiction! Yes, it’s a thing and the Technology Industry Knows All About it