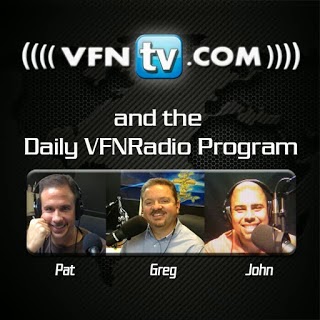 Animals Fleeing Yellow Stone Park; Catch a Clue? What is on the horizon?
LISTEN NOW! Greg, John and Pat discuss how animals are fleeing from Yellowstone National Park and whether the animals know something us humans are about to find out.  According to Epoch Time, “A number of bloggers are posting videos that show bison and other animals allegedly leaving Yellowstone National Park, prompting theories that as earthquakes ramp up the seismic activity will set off the Yellowstone supervolcano.  Two of the main bloggers behind the discussion stress that there’s no way to know when the supervolcano will go off but note that the 4.8 magnitude earthquake that hit on March 30 seemed to set off a reaction from the animals, who are moving for a reason.”  They continue to discuss how hoards of bison can be seen in a video, posted below, and fleeing on the highway.  If this supervolacano erupts it allegedly has the potential of scattering ash throughout the entire country.  They also discuss some of the prophetic words and dreams given to Dumitru Duduman, Pastor Sharon Holderbaum, Greg and John regarding calamity to happen in the center of the country.  They continue to remind us that God is in control although we may face something tragic it’s going to be some of the best of times and some of the worst of times just make sure you will have something of God to say during it all.
Hunger for God is our Only Hope; Go Where People Are Hungry for God
Greg, John, and Pat discuss how hunger for God is our only hope and how we must be willing to go to those who are hungry.  They continue to discuss how hunger is about being consumed with God and having an attitude of gratitude for all He has done.  They also discuss how you can damage your own hunger by continuing to try to feed those who have no hunger.  People with no need seldom look for answers.  They continue to discuss the hunger in the land but they also discuss whether you will have anything to feed those who are hungry.  Desperate times are upon us and many will be seeking God, the question is when they come running searching for spiritual food will you have something to give them?  There is nothing more beautiful than hunger for God.  Instead of being content to live locked up in gated communities we must be willing to go anywhere people are hungry for God.  They discuss how Heidi Baker did just that as she set out to Mozambique Africa to minister to those who are hungry for God.  She now ministers to several thousand children and has also planted many churches in the area.  God make us hungry not for religion but for more of you.  Much of the church today is trying to win the church.  Jesus said I didn’t come for the healthy but for the sick.  They continue to discuss that good can come out of tragedy.  Recently , Franklin Graham, son of Reverend Billy Graham sent a letter urging Christians to pray for the Ukraine.  In recent news Russia has invaded and annexed Crimea after protesters were stirred in the country.  Today many of the citizens in Ukraine are seeking God out and Christians who represent a small percentage of the population are hitting the streets, setting up prayer tents and counseling centers as well as passing out 5,000 New Testament Bibles a day.  To date the Ukraine’s former president has repented.  In regards to the Ukraine’s interim President this is what Franklin Graham reports “Observers say Oleksandr Turchynov was chosen as interim president because, in a nation plagued by corruption and self-serving politicians, he stood out as a man of conviction and principle with a reputation for integrity. He is a man of godly character and a committed follower of Jesus Christ “Overnight God replaced corrupt politicians and immediately replaced him with Godly leadership.  We don’t need to complain about tragedy striking if people will turn to God in the midst of it.