Prophecy: “July Tumultuous Season for President Obama, His Time of Testing,” – “A David has been Raised Up” says Kim Clement

July 22, 2014
Blogger Import
Prophecy, Prophecy for America, Prophetic Words from Oct 2016 and Older
LISTEN NOW!  Greg, Pat and John share an encouraging prophetic word that was just released from Kim Clement. Kim Clement releases how the month of July is a time of testing for President Obama, the coming season of fall will be the outcome of President Obama’s decisions. In response to this, Kim Clement also shares how the Lord spoke to him, “SAMUEL, GO FIND DAVID! SAMUEL, GO FIND DAVID!” Amidst the shakings seen and heard across the world, God is raising up a David, who will lead the nation of America. When men look at the outer accomplishments, it is God that sees the heart. God does not call the qualified, He qualifies the called. The sea of humanity is coming over the borders to the ship of America. Recently, “the Blaze” reported a first person view of the events and actions that are happening on America’s Southern Borders. Allow your heart to be stirred and softened as you see more of what is happening in America; allow your faith to be lifted as you hear more of what God is doing, and so much more. Also shared in this segment: Kim Clement, The Blaze, borders, sea of humanity, John F. Kennedy, Alveda King, and prophecy. 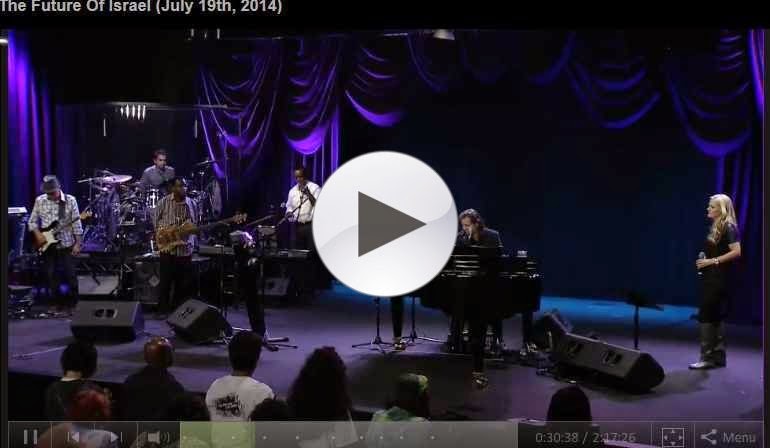 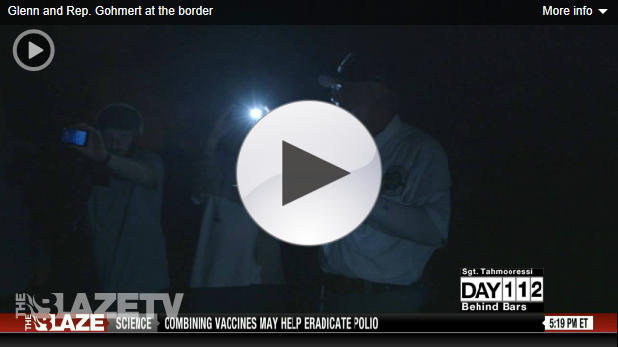 Glenn and Rep. Gohmert at the border

Kim Clement, Prophetic Word, President Obama, July 2014
Transcript:
Strange, strange July.  Strange strange, we’re standing in the middle of it.  We’re standing in the middle of a strange July.  Did I not tell you, says the Spirit of God, that I would bring about occasions, moments, on the earth from the nations during July?  The test of this president is at hand.
I AM WATCHING YOU!  You have been raised up to lead the greatest nation on the earth!  WHERE ARE YOU?!  I LOOK FOR STRENGTH, says the Lord, I LOOK FOR STRENGTH WHEN RUSSIA HAS DECIDED TO BE THE CHIEF SUPERPOWER!  WHERE ARE YOU?!
THEY’VE ALREADY CREPT CLOSE TO YOUR BORDERS; TO YOUR SEASHORE IN A WAY THAT YOU NEVER THOUGHT WOULD HAPPEN.  WHERE ARE YOU MR. OBAMA, WHOM I GAVE STRENGTH AND POWER WHEN YOU WERE NOTHING!  NOW, WHERE ARE YOU?!
IT IS TIME TO STAND AND SPEAK FOR YOUR NATION!  FOR MY PEOPLE!  WHEN I AM JEALOUS OF THEM AND WOE TO THOSE WHO CALL GOOD EVIL; AND WHO CALL EVIL GOOD!  WOE TO THOSE WHO CALL PURE IMPURE; AND THOSE WHO SAY PEACE WHEN THERE IS WAR!  WOE TO YOU, FOR I STAND, SAYS THE LORD, AND I WOKE MY PROPHET TODAY TO SPEAK TO THE ATMOSPHERE; AND TO THE KINGDOM OF DARKNESS.  THEY ARE READY TO TERRORIZE MY PEOPLE WITH FEAR.  NO!  I LAUGH AT YOU.  NO!  FOR THERE ARE PEOPLE WHO ARE PRAYING;  AND THERE ARE PROPHETS WHO AREN’T BEING FED BY AHAB.  THEY ARE PROPHET WHO ARE BEING FED BY KINGS IN CAVES, READY TO EMERGE AND RISE UP TO THE OCCASION.
SUMMER SHALL BRING DISASTERS, CHALLENGES …  SUMMER, OH SUMMER; I LOOK AT YOU AND WINTER ON THE OTHER SIDE;  AND TOGETHER, YOU ARE EMBRACING THE TURMULTOUS MOMENTS; THE TEST BUT GOD SAYS, I WILL CAUSE A DAVID TO ARISE.
And as I (Kim Clement) was praying this morning I was struggling.  There was a heavy cloud.  I said, Lord, what is happening?  The nations rage against Your people.  The nations rage against Israel!  The nations rage against the Christian, the ecclesia of a church whom You are building.  Where are you?!
And He spoke then.  Suddenly, He came upon me and He said, SAMUEL!  GO FIND DAVID!   SAMUEL!  GO FIND DAVID!
And suddenly I realized THERE IS A DAVID in the midst of us whom God has raised up to lead the nation.  This is a test.  I will go and I will find for the Spirit of the God, and anoint the David who shall lead the nation.  Mr. Obama has done what he can do; but now, God says, it is a test for him.  Summer is your test.  For in fall, the outcome shall be a result of your reaction and your responses to what I desire, as opposed to the desires of the enemies of the cross; and the enemies of the throne of Christ; says the Lord God….”
Related Content
KimClement.com
Louie Gohmert Shares Chilling Details of Attack on Border Agents in Pre-Dawn Border Visit
Related Articles
Watch! Former Radical Jihadist, Kamal Saleem, speaks on VFNtv about America’s enemy and how Islam is targeting the church and the Jews :Part 1
Watch! Former Radical Jihadist , Kamaal Saleem, speaks on VFNtv about America’s enemy and how Islam is targeting the church and the Jews :Part 2
WATCH! The Perfect Storm Update – John Paul Jackson
Why did Hamas Reject Egyptian Brokered Peace Deal Although Israel accepted it? The Story Behind the Story. JIHADIST MILANTS Do not want Peace: Total Annihilation of the JEW is the Drumbeat they march to.
President Obama has “72% Approval Rating with American Muslims” says Pat Robertson CBN
President Obama and Governor Rick Perry Agree on Way to Resolution for Border Crises
Looking at How Christians Should respond to the Abandoning of the World’s Children at our House: 52,000+ Children Flood our Borders
PWDVUS