July 9, 2014
Blogger Import
Israel, Prophecy, Prophecy for the World, Prophetic Words from Oct 2016 and Older
WATCH! LISTEN NOW!  Greg, Pat and John share about how prophetic it is as Israel is surrounded by Islamic radicals while increasing tensions between Israel and Gaza as the attacks continue to reportedly come from Hamas in Gaza into Israel; as far as Jerusalem.  Man is bent on harming and killing Israelis launched from the shores into Israel while missiles continue being fired into Israel.  As the Church we must not remain silent, but be prayerfully vigilant and supportive, including finding out where our representative Government is standing on defending Israel encouraging them to support Israel and not to fund those who are killing and injuring Israel. 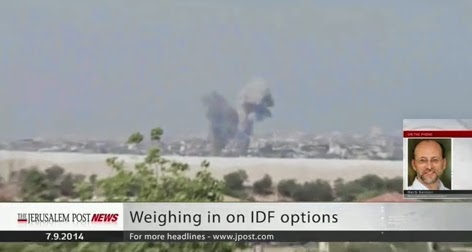 Related Articles
Organizer of the Day vs Organizers of the Night: Are They Using Tips from lucifer to Organize America and the World
Looking at How Christians Should respond to the Abandoning of the World’s Children at our House: 52,000+ Children Flood our Borders
WATCH VIDEO! 17-year-old Mohammad Zoabi, a cousin of Balad MK Haneen Zoabi, made a video calling on “terrorists” to return the three yeshiva students missing in the West Bank
Radical Jihadist and their Vision for the West; ISIS (Islamic State of Iraq and Syria)
“Clear and Present Danger” to United States, Senator Lindsey Graham; “Islamic State of Iraq Syria,” ISIS
Who is Terrorist Group ISIS? The Jihadist Army’s Savage AmbitionsI1S2R3A4E5L6    PWDVELSE﻿