What If Terrorists Could Shoot This Rocket at Your Country?

July 19, 2014
Blogger Import
Israel
It is now clear that Hamas has received powerful M-302 rockets from Iran, placing over 3.5 million Israelis in danger. Yesterday, an M-302 rocket hit the city of Hadera, which is 100 km (62 mi) away from Gaza. The Israel Navy found the same type of rocket onboard the KlosC vessel in March. The ship, intercepted in the Red Sea, was carrying Iranian weapons destined for Gaza terrorists.

The M-302 has a strike range of 160 kilometers, allowing Hamas to target most of Israel.
Imagine if Gaza terrorists were your neighbors and could shoot the M-302 rocket at your home. We created an application to help you put Hamas’ threat in perspective. Type in your home town and it will show you just how far these rockets can reach.
We also put together a series of illustrated maps that show the Gaza Strip next to other countries throughout the world. The maps demonstrate the reach of the M-302 rocket inside each of these countries. Share these with your friends and neighbors to show them what living under Hamas terror looks like. (content source: idfblog.com)
United States 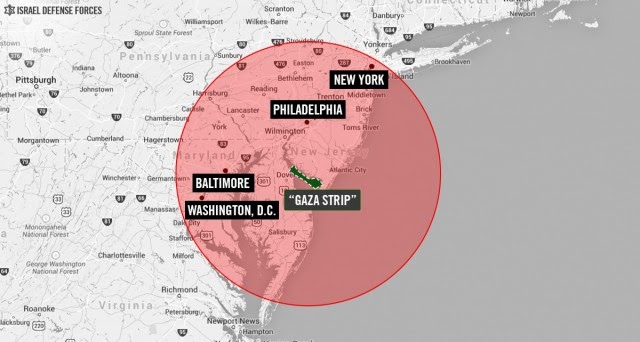 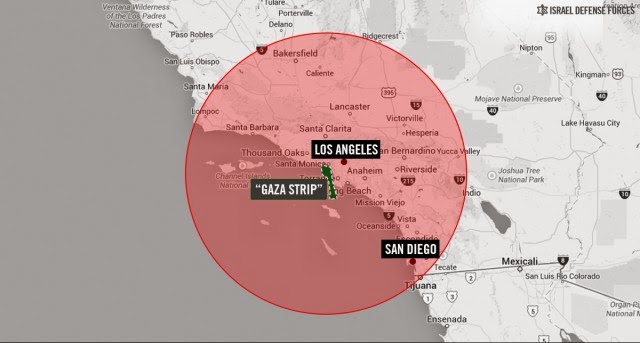 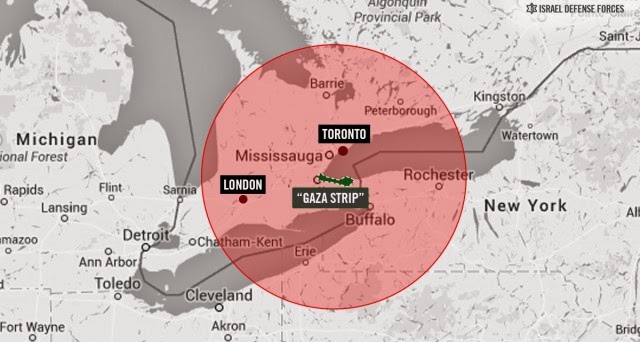 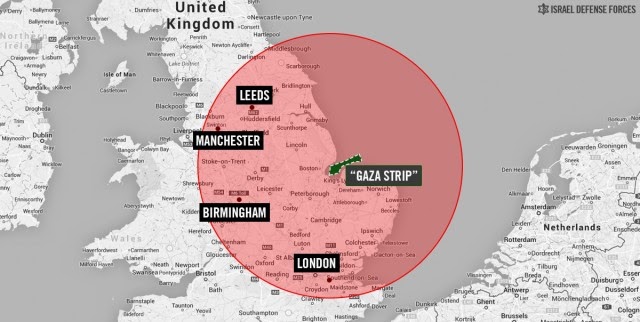 Prime Minister Benjamin Netanyahu Orders Ground Offensive in Gaza after Hamas Terrorist Enter Israel through elaborate underground tunnels; “…without this operation the price we will have to pay later would be much higher” says P.M. Netanyahu