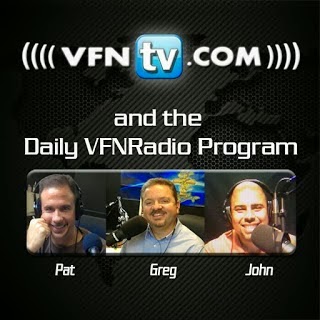 Former Israeli Ambassador Explains why Israel must be allowed to Deal with Hamas Decisively
John, Pat, and Steve share an encouraging and insightful conversation about the continual events happening on Israel’s Southern border with Gaza. When interviewed by CBN, former Israeli Ambassador to the United States, Michael Oren, shared concern for an emphasis on a multitude of topics: the de-militarization of Gaza, removal of chemical weapons from Syria’s army, as well as the importance of Israel to bring a significant defeat to Hamas which would stop other organizations from bringing attacks.
In addition, Ambassador Oren shares some insightful truth that Hamas doesn’t necessarily have a military strategy as they do a media strategy. Continually, images are being shown of Israelis fighting, while on the other side, it is continually images of the Palestinians being killed. For those not personally present in the conflict, viewers are at the mercy of what media is presenting. Currently, fighting is still occurring in other parts of Iraq, Baghdad in particular. While the deaths in Baghdad are not headline news, if Israel were to cause deaths, it would make front page news. It is important to remember that God values life regardless of what nationality.

The nation is a land made up of beautifully resilient people, that amidst the continual incoming rocket fire, Israelis remain to carry on the freedoms of life. As the church we must stand with Israel. We must be the media of truth by sharing what is true; share both sides of the story that paints the whole picture. Allow your faith to be lifted, and your witness for Israel to shine brighter as you hear and share what is continually happening in Israel; and so much more. Also shared in this segment: Israel, Hamas, Al-Qaeda, media, terrorism, warfare, prayer, and CBN.
Formerly Imprisoned Sudanese Christian Meriam Ibrahim is finally in the United States
John, Pat, and Steve share the exciting news that through her entire journey, Meriam Ibrahim has finally reached America. Persecuted and jailed for her faith in Jesus Christ, she was recently released from a Sudanese prison. After first being escorted outside of the borders of Sudanese and into the protection of U.S. representatives, she was flown to Italy and was received by the Pope; she has now finally arrived in America in Philadelphia. While not only refusing to deny her faith in Jesus Christ, she also gave birth to her second child while chained in prison, her faith is a witness to us all.
The boldness of her faith highlights the power of what she would endure for Jesus Christ. Meriam’s testimony reminds us of others who have and continue to stand for Christ: Pastor Saeed who still remains in Evin Prison serving an 8 year sentence and  “Brother Yun” who endured years of persecution for his faith in China, and the continual persecution of Christians in North Korea, Northern Iraq, and the rising occurrences throughout the world. We must continue to stand with the persecuted church. Stir your faith as you hear more of these powerful journeys, and so much more. Also shared in this segment: persecution, faith, Nero, Miriam Ibrahim, Pastor Saeed Abedini, The Heavenly Man, Islam, and prayer.
Trustworthiness and Resourcefulness: Keys to a Blessed and Fruitful Life for God- Can You Stand to Be Blessed?
John, Pat, and Steve have an encouraging conversation about how to live a blessed life. Many people want more in life, while not being grateful with what they already have. For those who have a job, who have a family, it’s an important perspective to remember the many that do not have work or unable to have children. God looks for those He can bless. He also wants to give blessings to those that He knows won’t leave Him in the blessings. It is important, as the church, to seek the heart of God, not the hand of God. We all must give an account of how we have managed all that has been entrusted to us in this life. True riches are not in this life, but in the life to come, with Jesus. Be encouraged as you learn how to manage life to the eyes of One, how to be faithful with what has been entrusted, and so much more. Also shared in this segment: managing, eternity, favor of God, and faith.