Christians are being chased out of their homes in Iraq; James Foley beheaded by ISIS 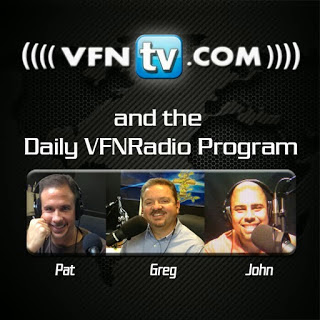 The REAL Threat of ISIS; they are Cutting us Like Sheep” says Iraqi Christians
Greg, Pat, and John continue the conversation regarding the beheading of American Journalist, James Foley, and bring an enlightening awareness of the horrific atrocities that are happening across the world. In America, there is a tendency to cover things up. When someone is killed from a drinking and driving accident, immediately it is covered with a sheet. In Israel, there are still rusted tanks on the sides of roads standing as a remembrance of events that took place in history. Maybe, if the consequences are known, if reality is seen, these tragedies won’t repeat themselves and the next generation won’t repeat our sin.
The leadership of America has embraced a form of Radical Islam. Some may be aware of the Muslim Brotherhood and their presence in past headlines. Looking at the teachings of Islam, the creed can be understood as: “Allah is our objective. The prophet is our leader. The Koran is our law. Jihad is our way; and dying in the name of Allah is our highest objective.” Media sources have accepted the presence of the Muslim Brotherhood by remaining silent during a multitude of events. When Former Secretary of State Hilary Clinton chose Iranian born Huma Abedin, many condemned Congressman Michele Bachmann’s comments questioning why her background was not researched. Reportedly Abedin’s father played a major role in the Muslim Brotherhood. Many expressed this was no big deal. Again Congressman Michele Bachmann raised concern as to why all forms of radical Islam are being “purged” from the records of FBI and governmental agencies. In the same way the Muslim Brotherhood has been seen we’re now seeing ISIS moving. The beheading of American Journalist James Foley is simply barbaric. President Obama has responded to these acts with absolute clarity calling it what it is, evil.
The President made statements regarding the victims being “overwhelmingly Muslim” as well as targeted Christians. Truth is it doesn’t matter who is suffering acts of violence. We need to view all people as human beings. Regardless of who they are this is a tragedy. We should care about all of the people in the Middle East. CBN reports the devastating events that have taken place in Northern Iraq. At the hand of ISIS, children are being beheaded; their eyes are being torn out, because of their refusal to convert to Islam.
When you begin to look at all the parts, clarity begins to come together. Islam is the Anti-Christ religion. When you take into consideration the increasing number of beheadings that are being witnessed at the refusal of converting to Islam, the Bible gives us tremendous encouragement: “I saw thrones on which were seated those who had been given authority to judge. And I saw the souls of those who had been beheaded because of their testimony about Jesus and because of the word of God. They had not worshiped the beast or its image and had not received its mark on their foreheads or their hands. They came to life and reigned with Christ a thousand years.” – Revelation 20:4
Regardless of the names that are seen in the media: Hezbollah, ISIS, Muslim Brotherhood, or Fatah, it’s still Radical Islam and it is evil. It is time for the church to stand tall; to be that bold for God, just as these little children have been. Even if it costs us our house, our job, our 501c (3), will we stand for Jesus? Be encouraged as you learn how these horrifying events are seen with eternity’s view in mind, and so much more. Also shared in this segment: Radical Islam, Muslim Brotherhood, Hilary Clinton, Huma Abedin, Hams, Fathah, James Foley, persecution, Azidis, CBN, and faith.
See more, related content and articles for this article.

When we know better, we always try to do better.  Retractions & Restatements
The Reality of the Muslim Brotherhood : Who They Are, What they have done, and Who has supported them
WATCH! VFNtv August 21, 2014