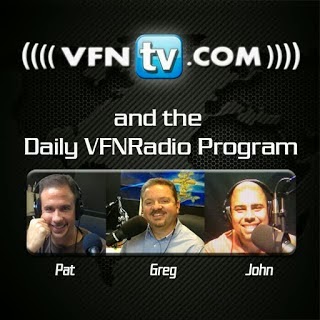 LISTEN NOW! Rick Joyner’s Book: The Harvest– Ch. 10. The Persecution- Part 4
John, Pat and Steve continue the inspiring conversation regarding Rick Joyner’s book, The Harvest.  A prophetic word that was written over 25 years ago had such a profound response it was eventually put together in one book. Presently, 25 years later, much of what was penned has taken place in the reality of present day. Persecution has increased throughout the world, mainly against Christians, with the exception of America but not for long.
The Devil has a strategy to utterly humiliate the church. Many will fall during these days. As the church, it is significant to keep in mind that we reap what we sow. If we want mercy, we must give mercy. If we want forgiveness, we must give forgiveness. When a brother or sister in Christ falls, it is a strategy of the Devil for us to join in the fault finding, to take part in criticizing and “kicking them while they are down”. God knew that King David had sin in his heart when God called him. David was used before committing adultery and before committing murder. He was also used afterwards. It was Jesus that said, “I desire mercy, not sacrifice”. -Matthew 12:7.
The coming fires of persecution will highlight and expose the motives and intentions of many. It is important to remember that God is merciful and full of grace. It is also imperative not to twist and misunderstand the grace of God. It is a false teaching to think that we can intentionally sin knowing that God will forgive us. We cannot walk in familiarity towards the presence of God. The coming increase in the anointing of the Holy Spirit and the presence of God, will not tolerate the same familiar walk that the church is presently walking in. “As the power of the Kingdom is increasingly revealed, the consequences of sin will be even greater. When the Lord moves in power, the discipline and judgment of the Lord must likewise be more swift and unyielding.”-Rick Joyner
As an additional reminder of the significance of this book, Rick Joyner wrote about the events of America and its borders that are literally beginning to be seen in the present day. “There will be a period of time when the United States will have a “hot” border to the South with almost daily clashes and casualties. Internal pressures will have caused such a lack of resolve that she will even yield large sections of her own territory to invaders by failing to use the force required to stop them. At that time the enemies within will be greater than those without.” –Rick Joyner. This is a wake-up call for the church in the West, in America. It is time for those who know God to do great exploits for Him. We must know the voice of the Lord and what He is saying to us. Find out the details of each of these truths and so much more. Also shared in this segment: persecution, accusation, forgiveness, mercy, Peter, King David, betrayal, and grace.