Will You Stand in the Day of Persecution? – She gave birth in Chains, Mariam Ibraheem’s Interview

LISTEN NOW! WATCH!John, Pat, and Steve share that since the birth of the Church, there has been persecution coming against it. In the book of Acts, Stephen was stoned to death, an evil emperor, Nero, would set Christians on fire simply to be able to see his garden at night. Today, there is a wave of persecution coming against the Body of Christ throughout the world that has not been seen before. In Rick Joyner’s book, The Harvest, he highlights the coming persecution against the church that will cause a great falling away. Joyner continues to share how he believes this is God’s process to purge the church.


When President Obama took the office of Presidency of the United States, his first speech was in Egypt at Cairo University.  Members of the Muslim Brotherhood were invited and welcomed, while then President of Egypt, Hosni Mubarak was not in attendance.  Through a sequence of events, Mubarak was removed from leadership and Mohamed Morsi was brought into power. Upon this transition of power, there was an immediate persecution of Christians in the nation. Pastor Saeed Abedini still remains in an Iranian prison, all for his faith in Jesus Christ.

In the midst of these events, Mariam Ibraheem, a Christian in Sudan, was also imprisoned for her faith in Jesus Christ and for her refusal to deny Jesus. Miriam is now safely within the United States. She was recently interviewed by Megyn Kelly on Fox News. Mariam shares about the difficulties and pressures of her imprisonment and how it was her faith in God that she relied upon. Be greatly encouraged as you hear from Mariam’s own words how she persevered through such hardship, and so much more. Also shared in this segment: Fox News, Megyn Kelly, Saeed Abedini, President Obama, ISIS, Iraq, Syria, Sinjar, persecution, faith and prayer.  WATCH FULL PROGRAM! 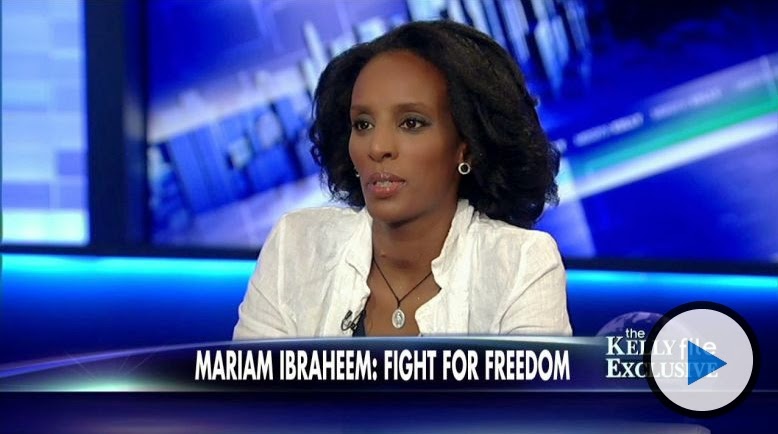 ‘I Knew That God Would Help Me’: Sudanese Mom Jailed for Christian Faith Speaks Out
The Harvest
iAbide.org
Nero


Fox News, ISIS, President Obama
All Eyes on Israel. Are We Getting Closer to Armageddon?
Prophesy: “Shemitah” – Is there a Coming Financial Collapse? Jonathan Cahn of Harbengers