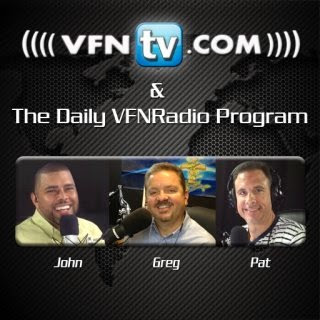 There are tragedies that are taking place in the world today that highlights the reality evil exists. Terrorism through the hands of ISIS continues as video of a captured Jordanian pilot shown being burned alive is broadcasted. This is what the enemy is wanting to do to America. As the church, we cannot simply choose to bury our heads in the sand of denial and refuse to acknowledge these realities. Rick Joyner has recently shared the prophetic visions that the Lord had given to him. What he was shown, he shares, a beheading would be considered being merciful. There is a storm being fashioned against America. At the same time, there are watchman on the wall, sounding the trumpet blast to warn and awaken the Bride of Christ. God can stop this. The church can repent, acknowledge our sins and turn back to God with all of our hearts. It happened in Nineveh. It can happen in America. Watch and listen to the fullness of these warning sirens as you hear others you may not be currently hearing, and so much more. Also shared in this segment: burning alive, ISIS, radical Islam, ISIS, Rick Joyner, dreams & visions, Kamal Saleem, terrorism, Al-Qaeda, repentance, Nineveh, and Alinsky tactics. Greg and John shared in this segment.

As conversations about the happenings within America and events worldwide continue, it is vital to keep our attention focused upon Israel as well. Israel continues to be in headlines and another Blood Moon is approaching. CBN is reporting that Palestinian Chairman Mahmoud Abbas is bringing charges of war crimes against Israel through the arm of the United Nations. The significance of this is that these actions that Israel is being accused of was in defense of herself from attacks from Gaza. What is additionally important to note is a recent failed attempt to move Israel back to its pre-1967 border lines. This outcome was only decided by the difference of one vote within the United Nations. As topics are continually being discussed regarding the state of Israel, why do leaders want subjects regarding Israel to be decided at the United Nations? Are there particular reasons? What are the 1967 borders? Does the United Nations have a history regarding decisions involving Israel? The answer to these pivotal questions will bring substantial understanding to what is currently taking place. Hear the answers to these important questions and so much more. Also shared in this segment: CBN, 1967, indefensible borders, United Nations, Mahmoud Abbas, Operation Protective Edge, war crimes, accusation, Australia, New Zealand, State of Israel, 4 Blood Moons, Saul Alinsky, and repentance. Greg and John shared in this segment.

Is there a Strategy Unfolding to Crash the U.S. Dollar? Are we seeing Cloward and Piven’s Strategy? Our Hope and Trust can only be in God
WATCH! VFNtv & the Radio Program Second Hour February 4, 2015