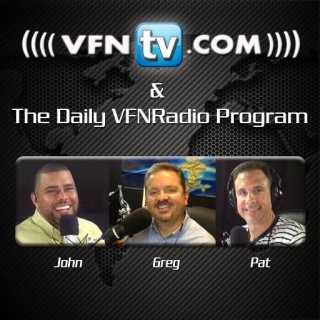 LISTEN NOW!
“I am just holding you to what’s on the paper.” Dr. Martin Luther King Jr.
Greg, John, and Pat discuss Dr. King and his pursuit of just holding America to what was written on the paper, meaning the U.S. Constitution.  His message was about equality for all citizens and civil rights for all people as the Constitution articulates.  All he wanted was God’s will.  He said he has seen the promise land.  He said he might not get there with you but his eyes have seen the glory of the coming of the Lord.  He organized a movement under Jesus not under Lucifer and the tips espoused by Saul Alinsky in his book Rules for Radicals.  They continue to stress the importance of knowing the U.S. Constitution and the 27 reasons listed in the Declaration of Independence that birthed our nation.  It‘s time to get back to the Founding Fathers original intent.  There is a rebellion being carried out against founding fathers.  The question is are we being organized in America by people of the dark.  Dr. King organized as a child of the day, with a light perspective from the word of God and from the Constitution.  It’s time for us to humble ourselves repent and turn from our wicked ways in hopes that God would touch our nation and heal our land.
Moved by Compassion
John, Greg, and Pat discuss a recent happening in the city of Miami when a police officer was about to arrest a woman who was stealing a lot of food to feed her children.  As the officer heard more of the woman’s story and how hungry her and her kids were she decided not to arrest the woman and gave her $100 for groceries.  That one act of compassion fueled others to give to the hungry woman and her children money that amounted to a total of $700 given to her for groceries.  Just when you think it couldn’t get any better the owner of the grocery store gave the woman a job.  They continue to discuss that it is okay to step outside of the “book” and allow your heart to be moved by compassion and help those who need help.

When we know better, we always try to do better.  Retractions & Restatements
Moved by Compassion
VFNtv & the Daily Radio Program Second Hour March 30, 2015