Perry Stone and Sid Roth: End Times, and How Israel won’t Need the U.S. in 4 Years?

You will be on the edge of your seats as you listen to the words shared by Perry Stone and Sid Roth on a recent interview with ‘It’s Supernatural’. Perry Stone brings riveting insight to the chorus of events that are taking place across the globe right now. Some have asked why the End Times were not taught during the Reformation. When we look at Biblical Prophecy and what is described as the “Last Days”, there are major events that have to be present. For starters: Israel becoming a nation and Jews returning to the land of Israel. Considering that Israel has only been a nation since 1948, it highlights the seasons and times that we are in. These are just a couple of the ten signs that Stone points to as indicators of what we are presently witnessing.

For much of Israel’s existence, it has been dependent upon the support of its greatest ally: the United States. According to Stone, in a few short years, Israel will no longer need the support of America. Due to Israel’s advancements in energy sources, military developments and medical achievements, Israel will be fully capable of defending itself. 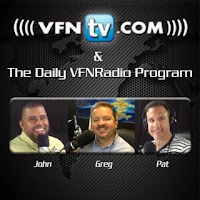 In addition, Stone shares some of his own encounter with the voice of the Lord and what he believes is a warning for the days ahead. At least every 2 weeks, Stone is having dreams of tsunamis. What does this mean? What could this be in reference to? Across the Body of Christ, images of the best of times and the worst of times are on the horizon. These are truly the days of Elijah and a time of great encouragement. When the waves arise and come, we can find strength in the rock. Be greatly encouraged and confident in Christ when you hear the safety that Stone was shown amidst the tsunamis, and so much more. Greg and John shared in this segment.