Dear God Hear Our CRY of Repentance-A Time to Humble ourselves in Sackcloths: An Appeal to Heaven

LISTEN NOW! The urgency of seriousness is upon us. The warnings of the times that we are currently facing are being heard by many. Only moments ago, CBS news shared how the CIA and the Department of Homeland Security declared a warning for this upcoming 4th of July weekend. Former CIA Deputy Director Michael Morell gave personal context to the urgency of this particular warning stating, “I wouldn’t be surprised if we’re sitting here a week from today talking about an attack over the weekend in the United States. That’s how serious this is.”
Dreams and visions have continued to be made known in the Body of Christ. Pastor John Kilpatrick with Church of His Presence was shown these words from the Lord:“The United Apostates of America”. When he went to the Lord asking about this, this is what he was told; “The Apostates have united and there is a majority now and my people are in the minority.”
Kacey Sweet received a dream from the Lord. She shares how she was sitting next to someone and was aware that there was bomb with two minutes left. She silently prayed and the bomb exploded. Immediately she found herself on a train full of people. In the front of the train, Jesus was standing there asking, “Who of you knew Me? Who of you accepted Me and actually knew Me while you were alive?”Kacey raised her hand and was called forward. Of all the things Jesus could have said, He asks her, “If you knew this was going to happen, why didn’t you tell the person next to you?” Jesus continues to speak to her and takes her to the next train.
Rick Wiles shares a similar dream that his daughter received. Jesus said to her, “Daughter beginning tonight, I will begin to speak to you about the end times through dreams and visions.” She was shown their family with 1000’s and 1000’s of people all around their family that huddled closely together in the middle. These 1000’s of people were circling all around them; they were all skeletons. With each of their boney arms, the skeletons were reaching out and saying to Rick, “If you knew this was going to happen, why didn’t you tell us?” Rick’s daughter says to him after sharing this dream to him, “Dad, I don’t know what God is telling you to do, but you better do it.”
Steve Kaliszewski received a dream from the Lord where animal carcasses were falling from the sky; dead animals were scattered all over the road. He was driving down a steep hill unable to stop. At the bottom of the hill was an intersection of speeding traffic that he suddenly realized he had to somehow avoid hitting and merge with. Gripping the steering wheel tightly he swerved as best as he could and somehow was able to pull his vehicle over to the shoulder and stop it. When he grabbed his phone, Greg Lancaster said, “Don’t Panic! This is what God has allowed to happen to bring in the harvest. You do have your 90 days right?”
John Ramos was shown stampeding horses all moving together with an urgency and ferociousness in their movements. As he continued to watch, the horses were galloping and charging along a high wall. The horseman in the front was carrying a torch, waving it in the air. On one side of the wall, were people on the inside and on the other side was a dark storm brewing in the waters with waves increasing. It was the midnight hour. Up until the last moment, these horsemen were doing all they could to warn the people of the coming storm.
This is what God is saying and releasing to the Body of Christ. So what do we do in an urgent moment such as this? 2 Chronicles 7:13-14 says this, “When I shut up the heavens so that there is no rain, or command locusts to devour the land or send a plague among my people, if my people, who are called by my name, will humble themselves and pray and seek my face and turn from their wicked ways, then I will hear from heaven, and I will forgive their sin and will heal their land.” When God had destruction planned for the city of Nineveh, He sent Jonah to warn them. The people of Nineveh heard, believed, repented, and stopped the storm. When Mordecai heard about a man that was plotting evil against the Israelites, he humbled himself with sackcloth and ashes and cried out to the Lord. God heard his prayers and stopped these evil plans. When an evil king, Ahab, was told that God was angry with him, he humbled himself and repented before God. God relented.
This is what we are to do. The answer to our present day problems are not economic. The answers will not be found in another political campaign. Our answer is repentance. God is in control and He can stop this storm that is being fashioned. This is our moment to cry out to God, to rend our hearts, to humble ourselves and seek the face of God for forgiveness. Listen to this entire prophetic warning and receive the fullness of the urgency that we are facing in our generation today, hear the full details of these prophetic dreams and visions that were shared, and so much more. Also shared in this segment : CIA, Department of Homeland Security, Michael Morell, CBS News, eternity, bomb, visions, dreams, Jesus, Pastor John Kilpatrick, Rick Wiles, 90 days, preparation, wisdom, repentance, skeletons, death, King Ahab, Hezekiah, Mosul, Nineveh, prophetic warnings, Mordecai, Horsemen, George Washington, An Appeal to Heaven, great loss of life, and humility. Greg and John shared in this segment.
WATCH FULL PROGRAM! 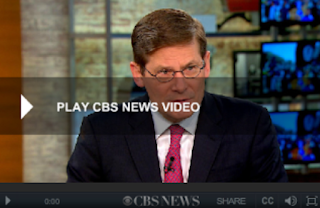 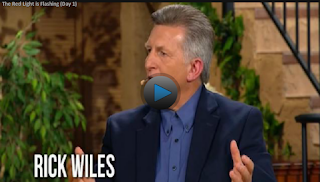