It’s Not Wrong to Turn Back To God: U Turn Restoring America to the Strength of its Roots

July 7, 2015
Blogger Import
Civil Rights & Civil Christianity in America, Government Mountain, Original Intent of America, Original Intent of the Church, Religion Mountain
LISTEN NOW! or WATCH FULL PROGRAM! Looking at the present state of the Nation of America, many people can agree that we are in a vastly different place and culture than what our founding Fathers walked out at the time of the birth of this great nation. What were the original intentions when a handful of men gathered together to bring about a nation that is now known as the United States of America? When these great men laid down their lives for the pursuit of life, liberty, and happiness, they wrote out a document called The Declaration of Independence. They understood that all rights come from God. The culture of that day had a sense of duty to their nation, the value of hard work, a culture of contentment and most importantly, faith. How did we get here? What has happened that we have come so far from what was originally established more than 200 years ago?

Authors of the new book, U-Turn Restoring America to the Strength of Its Roots, George Barna and David Barton, set out and bring actual statistical data about Americans response to a few questions regarding values and the present state of America. Of those polled, ‘75% are not happy with what is going on in America; 63% argue that things in our nation are headed in a wrong direction; 57% recognize religious liberties are being more restricted; 56% believe that the Bible does not have enough influence on society; and 6% are very certain that the government has our best interest in mind.’

Today, there is a significant presence of blame in our midst. Many believe that the actions in their lives can be traced back to something or someone in their childhood, or someone in their family line. Each of us will answer personally for our lives. If we believe blame is acceptable, then we are surrendering our destiny to the ones we are blaming. Our founding fathers understood this responsibility. The lives they lived and the actions they demonstrated clearly portray the values they believed in. By looking at a few cultural values, Barna and Barton bring to light some of the differences between the core values of our founding fathers and the core values of today. In today’s culture, there is a value of comfort. The original intent of value was contentment. When today’s culture values financial security, the original intent of America was to value humility. As people today value love, the founding value in America, was faith.
We don’t have to stay on the road that we are currently on, distancing and separating us further and further from the original intent of this nation that was so intricately laid out. The plan is simple; it takes repentance, humility, and faith in God. When this many people come into agreement that our present reality is not a good place, we can have profound impacts on the days of tomorrow when we decide to do something about it, respond like our founding fathers did, and lay down our lives for the glory of Jesus Christ. Allow these simple truths to wash over you, stir your faith for great things in God, and remind you of the power of repentance and humility, and so much more. Also shared in this segment: George Barna, David Barton, humility, repentance, values, original intent, Declaration of Independence, Judeo- Christian Values, Thomas Jefferson, George Washington, absolute truths, moral truths, Civil War, Iraq War, Afghanistan War, Vietnam War, World War I, World War II, House of Cards, Civil Christianity, blame, responsibility, and prayer. Greg and John shared in this segment.

America Headed to the ‘Ash Heap of History?’ 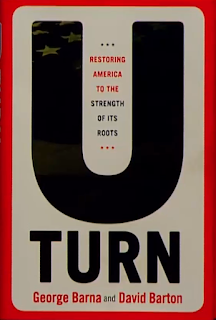 America Headed to the ‘Ash Heap of History?’
U-Turn: Restoring America to the Strength of its Roots
Civil Christianity
WallBuilders.com

It is God’s Will for Everyone to be Healed He Paid it already; Paid for it in Full

Parents Drugged and Beaten and almost murdered by their own sons: One Bad Moment?

The Church on the Gulf Coast Coming Together in UNITY: Historic Prayer Gathering 9-11-16 Pensacola Bay Center

Co-Laboring/Collaboration and Integrity in the Church: Charles Simpson