July 1, 2015
Blogger Import
Crisis, Persecuted Church, Religion Mountain
LISTEN NOW! In a powerful and stunning interview on The Blaze, Glenn Beck sits down with Pastor Michael Youssef, author of Jesus, Jihad and Peace. As a native of Egypt, Youssef personally witnessed and experienced persecution during the 1960’s under Gamal Abdel Nasser. Youssef escaped this persecution in Egypt and became a citizen of America. With these experiences and realities, he sees the growing signs of his grandchildren growing up in an America that is identical to what he experienced in the 1960’s.
As Youssef shares what he is seeing, as a pastor himself, what is taking place, he brings a sobering reality. “We the pastors have grown comfortable; and we have valued our comfort; and our love for sports; and our financial security over and above the truth.”  When asked about what to do to wake up the church, Youssef echoes what took place during the Presidential reign of Mohammed Morsi and how the hearts of Egyptians cried out to God. As a result, reportedly 33 million Egyptians filled the streets demanding that the leadership be changed. Youssef believes that Abdel Fattah el-Sisi was raised up and established by God as the current leader of Egypt. As we consider these events, we have to ask ourselves the sobering question: Is it persecution and hardship that will wake us up?
Watch the full interview of what took place, what other signs Pastor Youssef is witnessing from his own perspective in America, and so much more. Also shared in this segment: Egypt, the Blaze, Glenn Beck, Pastor Michael Youssef, President Barack Obama, Cairo University, Mohammed Morsi, Muslim Brotherhood, Abdel el-Sisi, humility, and repentance. Greg and John shared in this segment.
WATCH FULL PROGRAM! 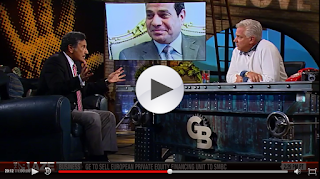 The Blaze Interview with Pastor Youssef
Related Content
The Blaze Interview with Pastor Youssef
Abdel Fattah el-Sisi
Gamal Abdel Nasser
REMARKS BY THE PRESIDENT  ON A NEW BEGINNING
Cairo University Cairo, Egypt
September 11 attacks
Counting crowds: Was Egypt’s uprising the biggest ever?
Related Articles
Terror! Time to Be ALERT: From Shores of Tunisia to The Church
Muslim Brotherhood in America?
C1R2I3S4I5S6   P1E2R3S4E5C6U7T8E9D0
When we know better, we always try to do better.  Retractions & Restatements
Financial Collapse Coming? Is Greece’s Default the Beginning?
The Bible is still our Operation Manual