July 21, 2015
Blogger Import
Israel, Prophecy, Prophecy for the World, Prophetic Words from Oct 2016 and Older
LISTEN NOW! or WATCH FULL PROGRAM! In the past months and years, there have been many statements and discussions about the negotiations of Iran’s Nuclear Program. There has been no clearer statement on the issue than Prime Minister Benjamin Netanyahu’s comments in an interview with Steve Forbes, “I think if the deal goes through, were in danger of war; might be the worst kind of war that we can imagine.” The additional impending danger involved in agreement with Iran is that it simply lifts in 10 years. What does that mean? The Prime Minister continued, “The greatest danger in this deal is not that Iran will violate the agreement. The fact is that within ten years Iran won’t have to violate anything; it can just walk into the bombs, into many bombs.”  It can clearly be seen that this agreement spells bad news for not just Israel, but for the world. The continued warning that is being sounded is the mirror image of events that unfolded through the leadership of Adolf Hitler in the 1930’s and the Holocaust is taking shape in the events of our world today. Steve Forbes addresses this sobering reality by asking if what we are seeing today is like the 1930’s. Prime Minister Netanyahu responded by saying, “No, it’s worse, because we have the example of the 1930s, which wasn’t available then.”
In May 2013, the President spoke to an audience of college students in Israel. He expressed his own urgency regarding this matter. “There is no question that the only path to peace is through negotiations; which is why, despite the criticism that we’ve received, the United States will oppose unilateral efforts to bypass negotiations through the United Nations. It has to be done by the parties.” There is an insistent push to bring any matter regarding Israel to the United Nations. The question is why? Think of it this way: if there are a group of 10 people, and 8 will always vote in a certain direction, all you have to do is take a particular matter to this group. If one’s views are the same as the 8 there is no question as to what the outcome will be. This can be considered an “unstoppable voting block”. There are repeated outcomes of anti-Israel resolutions that easily pass through the United Nations because of an unstoppable voting block.
Another decision regarding Israel has once again been taken to the United Nations; without the approval of the United States Congress. Some may not be aware of what Congress is. It is the elected leaders that were chosen to represent the American people. While Congress has yet to come to a final decision about the matter, the United Nations has voted regarding the existing sanctions that were upon Iran, limiting the development of Iran’s Nuclear Program. The President has gone around Congress in order for this to happen. Is this any different than the actions of his senior advisor, Valerie Jarrett and her actions of“going around congress straight to the nation’s mayors” as was expressed in an NBC interview?
How will the Church respond in an urgent reality such as this? In the 1930’s, they didn’t have the gift of being able to look at past history to make decisions in order to stop what would result in the Holocaust. Today, WE DO have history to warn us not to make the same mistakes. Watch the full report of what is taking place regarding Israel, Iran, the United Nations, and so much more. Also shared in this segment: Prime Minister of Israel Benjamin Netanyahu, Steve Forbes, Forbes Magazine, Iranian Nuclear Agreement, Secretary of State John Kerry, Mahmoud Abbas, The Pope, Adolf Hitler, The United Nations, sanctions, nuclear war, Valerie Jarrett, Congress, Senate, House of Representatives, 3 Branches of U.S. Government, North Korea, Cuba, Embassy, Tehran, terrorism, concentration camps, prophecy, humility, and repentance. Greg and John shared in this segment. 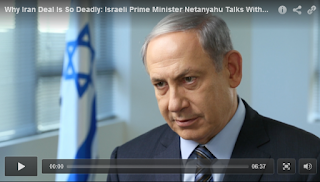 Iran Deal a Repeat Agreement of North Korea?
Related Content
Why Iran Deal Is So Deadly: Israeli Prime Minister Netanyahu Talks With Steve Forbes
Remarks of President Barack Obama To the People of Israel
The United States Constitution
The Three Branches of US Government
Adolf Hitler
The Holocaust
Dietrich Bonhoeffer
Bonhoeffer: Pastor, Martyr, Prophet, Spy
Iran Deal a Repeat of North Korea Agreement?
U.N. Moves to Lift Iran Sanctions After Nuclear Deal, Setting Up a Clash in Congress
The Pope at the birthplace of Christ: Peace-broker Francis invites Israeli and Palestinian presidents to visit him at the Vatican as he visits Bethlehem

WATCH! The Truth of what is Happening in North Korea

Is this the Zero Hour? How Important are Sheriffs and Pastors? Understanding the Jihadi Generation: part 4 Discussion with John Guandolo, Former FBI Agent and Terrorism Expert