URGENT! URGENT! Russian Bombers Sighted off the Coast of California on 4th of July? Are we even Awake?

LISTEN NOW! or WATCH FULL PROGRAM! As many Americans think back on the memories of weekend events during the 4thof July weekend, what many might not be aware of is the Russian Bomber that flew outside of American  airspace along the coast of California and Alaska. Being outside of American airspace is only 12 miles off the coast, to be exact. It was also to the nation of Russia when President Obama said to the Prime Minister of Russia, Dmitry Medvedev, “After my election I have more flexibility”. Medvedev responded by saying, “I understand. I will transmit this information to Vladimir.” That election being discussed was in 2012. It was during that 2012 Presidential Campaign that the Democratic National Convention stood with the Navy behind them on big screens; the Russian Navy. Are we seeing a trend here?

We cannot get this twisted. The answer to America’s problems is not the 535 elected leaders in Washington D.C.; it’s not a political party. If we believe this lie we will only witness the rapid pace of a nation being led into captivity just like Israel walked into Babylonian captivity. The answer is us; it’s the church; humbling ourselves and turning back to the heart of the Lord in repentance. If we do not speak up about the truth of God of what He wrote out plainly for us in the Bible, we may find ourselves in an environment or culture where we are unable to voice these truths. Jesus gave us His living words of truth to be in each one of us. The only ploy the Devil has is to lie to us; to tell us that we do not have truth; that we were not given the authority from Jesus. The voice of one person is powerful. By looking at just a few we can see this reality; because of one woman’s stand and voice, Madalyn Murray O’Hair, prayer was taken out of schools; because of one Senator, Hugo Black, the First Amendment rights of the Constitution have been completely flipped upside down; and Margaret Sanger led the way to the passing of abortion becoming legal in America. Imagine if the Church walked in this awareness of what was given to us through Jesus Christ.

The critical hour of urgency is here. We, as the Church must speak with an urgency in our voice. Just like when Elijah spoke from the top of Mount Carmel, it is time to choose who you will serve. God is warning us with the gentle promptings of His mercy. There is a storm being fashioned against us. If we do not turn, there is a flood of darkness and evil to be poured out and the blood of those lost will be upon our hands. But, if we seek the heart of God with humility and repentance, God can relent and stop this storm.


Hear the full warning that is taking place and how God is speaking to His church to turn back to Him, how we must ignore the lies of the enemy that keep us from speaking up, how we must respond in this critical hour, and so much more. Also shared in this segment: John Kilpatrick, Urgency, Church of His Presence, Russian Navy, open mic flexibility, Vladimir Putin, Fox News, Washington DC, elections, leaders, elections, California, Alaska, Constitution, Hiroshima, Civil Christianity, slavery, bondage, repentance, and humility. Greg and John shared in this segment.
courtesy of abimages/shutterstock.com 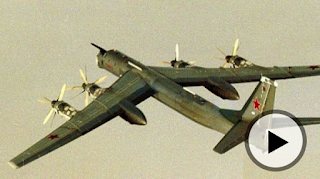 
If My People, A Storm Fashioned Against You, Wisdom’s Rebuke

Joe Scarborough, “I’ve found that there is not a government program that has ever been created, and that will ever be able to be created, that will be able to replace a father. One father can do the work of ten thousand bureaucrats”

Called to Be Children of the Light: As Darkness Gets Darker the Light Get Brighter

The Foundation of Christianity and America