Economic Collapse Coming One Month Away? It’s time to Prepare
We have discussed on many occasions the warning of the collapse that the Lord is showing and revealing to many across the Body of Christ. There are catastrophic events that are converging together that many are pointing will transpire in the fall of this year, 2015; even more specifically, as soon as September. John Shorey recently shared on the Jim Bakker Show, the implications of this year being a “Shemitah Year” and what that means. In Judaism, the Shemitah is a re-setting of debts every 7 years, the “washing away”. As each Shemitah year comes, the events increase and intensify. The current Shemitah year that we are nearing the end of, is not only a single Shemitah year, but the 7th. When the 7th Shemitah year passes, it is called “Jubilee”.  Shorey shares that “there are catastrophic events that will happen globally.”
Not only have those within the Body of Christ been hearing and warning about the dire implications of what these events mean and what could transpire in America, but also Canadian entrepreneur, Jeff Berwick, is sounding the bells of warning. In 2010, Berwick warned of a complete U.S. dollar collapse. Many called him crazy. With the current reality of America being $18 trillion in debt, and rising, and the Federal Reserve, continuing to print imaginary money, the invisible printing of money has to stop somewhere.
Berwick brings together a number of key events that will do nothing shy of raising eyebrows of concern and alarm. When we look at upcoming events in September of 2015, there are multiple events that continue to confirm Berwick’s warnings. In September, the United Nations will be having their 70th session on September 15th, called the “Jubilee Session”. As a man of significant financial background, Berwick did his own study and research on past Shemitah years and revealed startling evidence of the events that resulted within the financial markets of America. Remember when the Opening Bell of Wall Street wouldn’t ring? The day was September 29, 2008; another Shemitah year.
“The last days of the Shemitah for the last two Shemitahs in 2001 and 2008 fell on days with a major market collapse. The last day of the Shemitah in 2001 fell on September 17th, and that was the first day U.S. Stock Markets opened after 9/11. That day had the greatest one day stock market point crash in U.S. history to that time. The Dow fell almost 700 points, or 7%; and it was a record that was held for precisely seven years until the next Shemitah year. That year was 2008. On September 29, 2008; the exact final day of the Shemitah, the Dow plummeted 777 points, which still today remains the greatest one day crash of all time.” 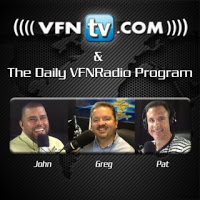 This is nothing more than another confirmation of what the Lord has been warning and revealing to many. Proverbs 22:3 states, “The prudent see danger and take refuge, but the simple keep going and pay the penalty.”  This is not a doomsday thing. We are going to get through this, but it’s not going to be the same. Now is the time to prepare. Not only is the physical reality important; most important is the spiritual reality. The safest place for each of us to be is in the will of God. Now is the time to turn to the Lord, to seek His face, to know His voice and abide with Him.  Hear the full report of what is taking place, the wisdom of how you must begin preparing now if you have not already, and so much more. Greg and John shared in this segment.
See more, related content and articles for this article.