September 29, 2015
Blogger Import
VFNKB
LISTEN NOW! We have been praying for God to end abortion. Answered prayer is coming to fruition as The Center for Medical Progress has released another video regarding the evil travesties that are taking place within Planned Parenthood. In this most recent video, the National Director of Planned Parenthood’s Consortium of Abortion Providers (CAPS), Deb VanDerhei expresses the importance of how an affiliate of Planned Parenthood establishes compensation. “We’re trying to figure this out as an industry…because the headlines would be a disaster… think New York Times headline when you’re creating your policy”.
In another dialogue with VanDerhei, she converses with Vanessa Russo, the Compliance Program Administrator with Planned Parenthood Keystone. Russo expresses her perspective of the media’s involvement by stating, “this media doesn’t understand the big picture…let’s have a debate on the real issue an truths. That’s a discussion I would participate in. I don’t feel like we should participate in discussions based on crap.” Russo continues to express her desire to be involved. “…a company like this that wants to give our organization money for the tissue, I think that that’s a valid exchange. And that that’s okay.” As Russo ends their conversation by asking to keep future dialogue open, VanDerhei shares her remarks about the exchange. “I hope she didn’t leave thinking that we were saying, “Don’t do it”…I only want you to go away with one message: ‘I think this is a good idea’”.
As many have been crying out to God for abortion to be ended, prayers are continuing to be answered as today marks the day that Congress is bringing together representatives from Planned Parenthood for a hearing about these very videos. Is this true? Across the United States, in the capital of our country, Washington D.C., is monument after monument remembering the American lives lost to the wars that have been carried out in our nation’s history. From the Revolutionary War, to the Iraq War, the total number of American casualties is nearly 1.3 million. Since the 1973 Supreme Court decision of Roe v Wade, there have been more than 56 million unborn children murdered in the name of “abortion”.

We’ve got to stop these barbaric acts. When we see the actions of Congress to have a hearing today with Planned Parenthood regarding these atrocities, its vital to understand that Congress is YOU! Congress is your elected leaders. Continue to stand with us as pray and ask God to end abortion. Watch the full report of what is taking place and so much more. Also shared in this segment: Planned Parenthood, abortion, brains, fetal tissue, Center for Medical Progress, humility, repentance, and prayer. Greg and John shared in this segment. 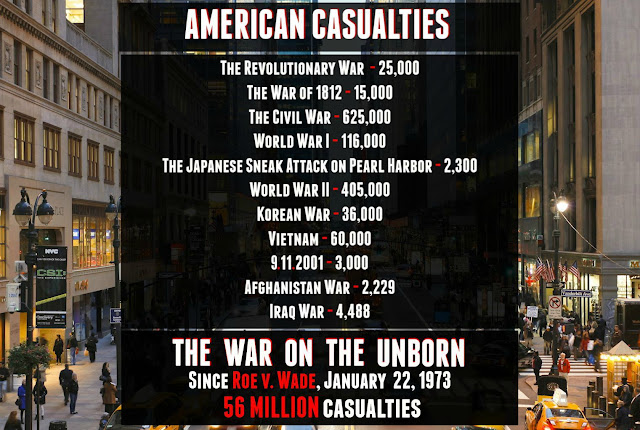 Making Disciples in the 7 Mountains of Culture

LIFE MATTERS! Presidential Candidates Debating Over the Value of Life

WATCH! An Abortionist Prays to Jesus About Guiding Her Hand? + #WisdomMoments: Look After the One Who is Looking After You