‘RAW SEWAGE ENTERING MEDITERRANEAN SEA, from the Palestinians, who didn’t use Sewage Treatment Grants/ Monies Israel Gave to Them To Treat Sewage’ says Sharren Haskel, Knesset Representative. Yet they continue to use finances to harm Israelis.
She wasn’t born in Israel, but instead in Canada. But that doesn’t change her steadfast support of Israel and desire to make a change, and, in her words, “to make a change in lives of all Israelis”. Sharren Haskel grew up in Israel after moving there when she was one, served in the IDF when she turned 18. After briefly living in California and Sydney, Australia, she returned back to Israel where she now serves as a member of the Knesset. The Knesset, is the legislative leadership of Israel.
During her time serving as a member of the Knesset, she has been a continual voice about some of environmental concerns within Israel because of the Oslo Accord. She shares that more than 20 years ago, The Palestinian Authority pledged to rectify the issue of raw sewage that is flowing from Palestinian industries and into open rivers. Even after funding from America, nothing has yet to be done. Israel has repeatedly offered solutions to the Palestinians regarding the matter only to be aptly refused or even acknowledged.

What is the danger of this steadily flowing sewage? Haskel explains, “The environmental impact in the rivers, in the seas, the destruction of vegetation, there’s the destruction of animals, sea life.”  The makeup of this particular sewage is more than concerning, “This is sewage that contains chemicals, it contains poisons, it contains carcinogenic chemicals, so it can be really dangerous for humans, vegetation, and animals all around, wherever it spreads.” If these matters were not concerning enough, a look under the soil of Israel raises continual concern. She continues, “The water aquifer under the mountain of Judea and Samaria is one of the biggest water supplies to Israel and to the Palestinians as well. If any of this contamination enters into the aquifer, this is going to be an irreversible damage.”


Imagine the waters of supply for your nation being completely undrinkable. There has been continual funding going to the Palestinians to resolve this issue with no resolution. Hear the full story of what she shares, as well as the growing rise of the BDS Movement, and so much more. Also shared in this segment: environment, funding, tunnels, drip irrigation, and Flint, Michigan. Greg and John shared in this segment.

In today’s culture, there are so many words and ideas being promulgated, we have to be aware of what exactly is being said. We cannot take a word simply at face value. Words have meaning, whether we know it or not. In the case of Israel, it is being experienced that lies are being shared and the truth is being withheld. One of the present ideas towards Israel is the BDS Movement, which stands for, “Boycott, Divestment, and Sanctions”, and it seeks to label products specifically coming from Judea and Samaria strictly because of their origination.


The video released by Prager University and Alan Dershowitz expounds on this movement with crystal clear explanation to the unknown ear. Dershowitz breaks down the Movement with 3 clear understandings that expose its deceptive lies; 1) The BDS Movement ignores historical reality. What some may not understand is that the only reason Israel controls the area of the West Bank is because it was the territory of land taken after Jordan declared war with Israel in 1967. Palestinians refuse to take the land even when Israel voluntarily offers it because Israel’s one request, to be acknowledged as a state, is continually denied. 2) The BDS Movement ignores current reality. Considering that Israel is the ONLY free democracy in the Middle East, Dershowitz asks a profoundly obvious question. “Why would you want to boycott a country with a boisterous free press, a model of women’s and gay rights, and whose Arabs, who make up 1/5 of the country, are the freest in the Arab world?”
Lastly, he shares his third and final point, “The BDS Movement makes peace much less likely.” Considering Israel’s remarkable discoveries and advancements in areas such as Technology, Water, and Energy being shared with the world is not a priority to those within the movement. “The BDS activists don’t care about helping the world. They care about hurting the world.”
Don’t be caught off guard when you come across another headline regarding the BDS Movement. Be educated now about what is being shared as well as the truths that are taking place within the land of Israel, and so much more. Also shared in this segment: Israel, lies, truth, economy, agriculture, and information. Greg and John shared in this segment.


See more, related content and articles for this article.
The Government Might Subpoena Your Toaster? Fourth Amendment Still Matters
It is no question that the number of digital devices accessing the internet are increasing with every new calendar quarter. Most of us have the typical television or laptop computer. Some may even have a mobile device or tablet. But now, a toaster that accesses the internet? The more data we give up; the more freedom we give up as well. If we are receiving technological abilities for free, then most often, we are the product. 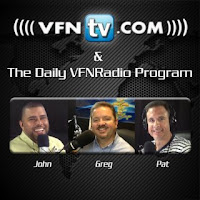 We are entering a new era that causes us to seek out and discern what is wisdom for times such as these. When the 4th amendment was originally crafted for the security of “persons, houses, papers, and effects…” we are entering uncharted territory when our information is digital information. As Americans within a free nation, we each have a Constitutional right to privacy. Reportedly, there have been discussions of handing over our sovereignty to the United Nations. Imagine all of our nations documents, individual’s documents, and business documents being managed and overlooked by the United Nations. You may be shockingly surprised at the voting block make up currently within the United Nations. Hear this full report of what is taking place today, what is on the horizon if we do not respond, what our current freedoms are today, and so much more. Also shared in this segment: elephants, closets, data bases, websites, Constitution, fitbit, password, phones, and webcams. Greg and John shared in this segment.

WATCH! President Obama visits a Muslim Mosque in America Allegedly tied to Terrorism? And the Greatest Persecuted Minority in the World