LISTEN NOW! The history of America has experienced and suffered the horrifying realities of riots and the outcomes have never been good. Would you ever think that one would consider riots as not being that bad? When Scottie Nell Hughes was interviewed by CNN about Donald Trump’s candidacy, she was rather outspoken regarding the possible outcomes if Trump DOESN’T get the Republican nomination for the Presidency. “That would be an obvious back-hand to all of the people who have been paying attention and who have been engaged in this political process. So, ya know, riots aren’t necessarily a bad thing if it means that they are fighting the fact our establishment Republican party has gone corrupt and decided to ignore the voice of the people.” Even after Wolf Blitzer sought to clarify that she could not have meant to say ‘riots’. It was in this response that Blitzer reminded her, “…people could be injured, they could be hurt, they could be maimed. You don’t’ want riots.” She continues to press her point, “It’s not ‘riot’ as in a negative thing as what we’ve seen in the past…”

These are powerful words and vivid images for many. But, it is striking that she defends her reasoning in this exchange with Blitzer regarding, “what we’ve seen in the past”. One of the first statements that Blitzer opened up with was what specific ‘past events’ this statement is reminding many of; “That’s pretty serious. A lot of us remember what happened in 1968 at the Democratic Convention in Chicago”. Of all the years to bring up, why the 60’s. It is the 60’s that are repeatedly brought up when the Obama Administration refers to Israel. More specifically the 1967 borders of Israel. It was this very statement that President Obama made to a press room in May of 2011. “We believe that the borders of Israel and Palestine should be based on the 1967 lines with mutually agreed swaps so that secure, recognized borders are established for both states”. What exactly are these 1967 borders?


If Israel were to return its borders to the makeup after the victory in the Six-Day War in 1967, it would be a mere 9 miles wide. The statements of the President not only have physical implications, but the mere utterance of these words also carry the weight of spiritual implications. When Chuck Pierce spoke to Sid Roth on It’s Supernatural, he talked in detail in regards to what these implications are. “It pulled us back into the progress that we had made spiritually.” Pierce continues, “It will cause racism to rise up, back to 1967…It won’t look like it was pre-1967. It will cause our nation to begin to have to process this age with that demonic structure that we’ve already warred through in measure.”
It matters how we respond to Israel and it also matters what words we put upon Israel with our own mouths. Pierce also shares about how words against Israel can come back upon the one saying it, “All nations reconcile around Israel. So, if you’re attempting to bring and being the proponent, or voice to bring Israel back into a place where it is not progressing, but back where it loses a lot of what it’s already warred for, you’re gonna do the same thing in your own freedom.”
If these realities were not concerning enough, repeated physical proofs can be noticed and realized when taking into consideration some of the natural disasters that have occurred in the history of America.  Just to name a few; The tornadoes in both Tuscaloosa, Alabama and Joplin, Missouri; and also Hurricane Katrina. Directly after President Obama made that statement, 3 days later Joplin, Missouri was devastated.
When John McTernan was invited to also speak with Sid Roth, he goes into a greater detail about the connection of natural disasters on America following our actions towards Israel. On October 30, 1991 George Bush, Sr. addressed a crowd in Madrid, Spain regarding the Madrid Peace Process, in essence, the dividing of Israel, happened the very same day that “The Perfect Storm” was taking shape in the North East. It was this storm, and as McTernan states, “It was the most powerful storm ever recorded in history in the North Atlantic. It generated 30 foot waves that came against the President’s home in Kennebunkport, Maine… As the President of the United States was…in the process of touching the land of Israel, his own home was being devastated.”

We have been witnessing a continually division in America on every platform, and topic possible; including Israel. Marshall Gance, an organizer who worked on the Obama Administration knows about this. When speaking on the Bill Moyers & Company, he stated, “Organizers have to be well-integrated schizoids, because you have to polarize to mobilize and depolarize to settle. But without polarizing you’re never going to mobilize anything.” Everything that can be divided has been. There is a push occurring. With the present tension continually involving The United States and Israel, we can see clearly that the consequences are not good if we continue on the same path of insisting on dividing Israel. Hear the full report of what is taking place within America, how America has responded to Israel in the past, and so much more. Also shared in this segment: CNN, Chuck Pierce, riots, Egypt, Iraq, Jordan, borders, Donald Trump, rioting, Time Magazine, Dr. Ben Carson, Saul Alinsky, Hillary Clinton, organizers, and Gaza Strip. Greg and John shared in this segment. Courtesy of bibiphoto/shutterstock.com 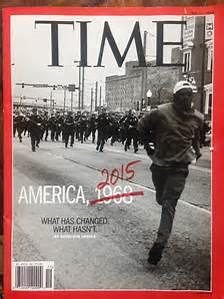 PROPHECY! President Trump Given an Anointing to shift Government and Prayers that will bring Change, Rich Vera