WATCH! Will America Go back to 1967? shares Chuck Pierce; and a Prophetic Word about China’s Economy

Before God does things, He makes them known to individuals who will then speak to others and make it known to all who have ears as a warning to what God is about to do. God calls them His prophets. God has revealed certain events that will be happening in America according to Chuck Pierce. Before Barack Obama was elected as President of the United States, it was shown to Pierce that there would be an African American President. It doesn’t stop there. Pierce expresses, “God was going to heal this issue, of the division of racism in our nation. But, it was going to actually get a little bit worse for us because we were going to have to go deeper and deal with anti-Semitism…”According to Pierce, God showed him “how God would start looking at America based upon how America would align with Israel.”

When President Obama made a specific statement in May of 2011, it was revealed to Pierce what implications that would have upon America. When President Obama stated that Israel had to go to pre-1967 borders, it caused America to go to where it was spiritually, in the 1960’s. More specifically, Pierce explains, “It pulled us back into the progress we had made spiritually…it will cause racism to rise up, back to 1967. It won’t look like it was pre-1967. It will cause our nation to begin to have to process this age with that demonic structure that we’ve already warred through.”

What was revealed to Pierce goes even deeper as he was shown that the specific states, within America, will be judged based on their correlating relationship with Israel. “You will start seeing how states are blessed upon their relationship with Israel.” It matters how we are treating Israel. Life is very fragile. We only live and breathe because it is God that allows us to breathe. It makes a difference if you are abiding with God. You can grow closer and closer with God each day. Be encouraged as you hear how important it is to stand with Israel, and so much more. Also shared in this segment: Sid Roth, Chuck Pierce, judgment, Joplin Missouri, Tuscaloosa Alabama, Liberty Park, indefensible borders, Jordan Rift Valley, Israeli air space, Madrid Fault Line, International House of Pancakes, Meridian Mississippi, John Kilpatrick, and crisis. Greg and John shared in this segment.

Prophecy: China will be Economic Power in the World in 2016?

Chuck Pierce has been shown multiple visions from the Lord about global events. In a recent discussion with Sid Roth, Pierce explains, “God showed me that China will be our most influential nation….What China will do is it will have the greatest movement towards Israel. Economically it will align with Israel. It will align with Israel for a season.” Pierce continues to express the urgency and implications of these realities, “By 2016, China becomes the most incredible economic power in the world.” This brings to light the past prophetic word that the late John Paul Jackson made known when he revealed the Prophetic Headline revealed to him by the Lord, “New United America Being Pushed- Canada, Mexico, USA in Talks”. A recent Bloomberg article reveals the intriguing actions that have just occurred in China. “China to Allow Direct Conversion Between Yuan and Swiss Franc.” China is currently pushing for its currency, the yuan, to be the world reserve currency. 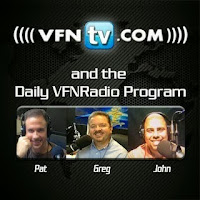 We must pay attention to the times that we are in. We cannot get caught up into all the events that are taking place in the world. On the contrary, these events must only lead us to see the signs of the times that we are in. Does God have your attention? Watch the full report to find out what you can do today to be the most prepared, and so much more. Also shared in this segment: Chuck Pierce, Sid Roth, prophecy, economic power, China, world reserve currency, financial, finances, Israel, Chinese Yuan, Swiss Franc, Saddam Hussein, ACT OF WAR, Dinesh D’Souza, humility, and revival. Greg and John shared in this segment.

Will China will be Economic Power in the World in 2016?

WATCH! President Obama and Vladimir Putin in agreement Regarding the Golan Heights and Israel?