LISTEN NOW!
Tiger attack during Pensacola Interstate Fair; What does God’s Word say about Animals?
While families and friends were gathered for a time of fun and memories at the Pensacola Interstate fair, what they encountered was anything but. As a trainer was in a tiger cage going about her normal routine, she suddenly falls to the ground and the tiger latches on to her foot and drags her. As her husband swiftly responds, he keeps the tiger from inflicting any further damage as the woman frees herself from the tiger’s mouth.
It’s important to know how we are supposed to respond to situations such as these. According to a statement from PETA, there appears to be more of a concern for the animal than the human being. It is important to note that when God used Noah to create the Ark, He also gathered every animal. But, animals are not over us, we are over animals.  It is important that we have a Biblical perspective of animals. See the full video to get an understanding of what took place, as well as a wealth of resources, and so much more. Also shared in this segment: fairgrounds, attack, dentist, Cecil the Lion, and perspective. Greg shared in this segment.

See more, related content and articles for this article.
LIFE MATTERS! Presidential Candidates Debating Over the Value of Life

As we are only days away from the next Presidential election, what should be most important is the topic of values. What are our values? We have to answer to God however we decide to vote. Lifeis so precious in the eyes of God. When God was speaking to Isaac’s wife, Rebekah, about the lifein her womb, He didn’t say “babies”, The Lord said “Nations”. We must have the same viewpoint of each of the lives that are in a mother’s womb.
In the recent Presidential Debate, the two candidates are avidly going back and forth about late term abortions. A late term abortion simply means to end the life of a baby even up to the last day that it is still in the mother’s womb. What is also important to understand is that when a mother has complications during a birth, doctors may decide to perform a C-section procedure which allows the baby to be birthed through the mother’s abdominal area. During one particular C-section operation, the baby was birthed and the Amniotic sac did not break. The beautiful baby can clearly be seen breathing and receiving nutrients from the ambilocal cord. However words are politically used, this topic can be clearly understood when we can see the baby alive. Who would have ever thought that we would be talking about a baby’s life as a political debate!? See this important video to understand the imperativereality that is upon us, and so much more. Also shared in this segment: voting, rights, life, pro-life, pro-choice, debates, open doors, and abortions. Greg shared in this segment.

See more, related content and articles for this article.
Why Do Political Platforms Matter? Vital Discussion to Understand!

As we near closer and closer to the final days of this Presidential Election that will decide who will be our next President, one important topic to understand is the matter of “platforms”. This may be a term that not everyone is familiar with, but it is the very premise of beliefs that a particular party believes in. In order to get a better understanding of this reality, Kenneth Copeland, Pastor George Pearsons, Bishop Keith Butler, and David Barton have and in-depth conversation that we can all benefit from.
David Barton is quick to point out that Jesus speaks specifically about the importance of what people are doing when He returns. It is not for us to throw our hands up and say that everything is already written down in the Bible. Barton highlights, “How many times did God change His mind in the Bible when somebody prayed and fasted?” It is up for us to do something about what God commands us to do. As Barton points out, a great demonstrator of this very mindset was John Quincy Adams, the 6thPresident of the United States.
Adams was staunchly against slavery and entered Congress with the sole purpose to end slavery. The very nickname that was given to him by his peers was “The hellhound of abolition”. When 80% of peers repeatedly thought otherwise, and even refused to hear him express his ideas, he remained undeterred. When asked if he was at all frustrated, this was his answer: “Duty is ours. Results are God’s.” Adams’ response then still applies to all of us today.
In today’s culture, the ideas of being conservative or liberal, right-wing or left-wing, are the options in most circles. But, for the Church, we are to simply be Biblical. Biblical is the standard. When we look at Biblical standards, Biblical character, people often frown upon the very character that has been selected to run for office; that it does not line up with what the Bible says to choose. But, as Barton reminds us, King David was an adulterer and a murderer, but he was the one that God chose to lead Israel.
Presently, there are plenty of topics that are divided within America. But, as Bishop Butler points out, satan’s major weapon is division. Looking at all the blessings and benefits that are coming out of America and blessing the world, satan knows, that if he can divide us from within, it is only a matter of time before we fall. In a time of prayer, Bishop was shown “This election is a lot bigger than just the stuff that is inside here, the United States…. this election has a lot to do with future stuff that is going to happen.” 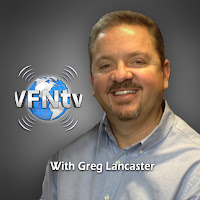 Regardless of what happens in the days ahead, our peace is not in who gets elected, but in God. We should not be concerned about the rocking that takes place. Remember that when Jesus was asleep in the boat as the storm raged around the disciples, they urgently tried to wake Jesus up wanting to know if He cared for their very lives. Much to their surprise, Jesus woke up and the wind and waves OBEYED Jesus. Do we believe that Jesus still has control over the political storms in the nation, over the storms of the Earth? Be encouraged as you are reminded of the importance of a Biblical perspective regarding the upcoming election, how to be educated in order to make informed decisions, and so much more. Also shared in this segment: platforms, voting, slavery, abolition, foundations, mindsets, hearts, characters, values, morals, and prayer. Greg and Steve shared in this segment.

WATCH! Pastor in Georgia Allegedly gets Fired for his Sermon Notes; and Your Vote is Your Seed

The Wind of Heaven is Coming! To Washington D.C. and to The Earth!

Mr. Rogers’ “Rarely What We See is Essential, It’s What We Don’t See That is.”