“There will be a terrorist scattering sometime in the next 2-5 years like we’ve never seen before”, says FBI Director, James Comey as Prime Minister of Iraq decides to resolutely end the existence of ISIS in Iraq- Why did we wait 7 years?

The world has witnessed and watched as ISIS has continually increased its presence and to reach throughout the world by its repeated acts of terrorism and evil. But first, ISIS established a major foothold in Iraq. As CBN reports, Prime Minister of Iraq, Haider al-Abadi, declared that this is coming to a close. “We’re pleased that the military plans are in place in order to start the operation to liberate Mosul. That would be the beginning of the end of ISIL in Mosul and we hope that we would be able to end this chapter of ISIS and its history in Iraq militarily.” After all this time, why did we wait until now to declare a resolute effort that ISIS would be destroyed? And, most importantly, what effect will this have on the surrounding areas and the rest of the world?
According to FBI Director, James Comey, there are significant effects. When speaking about these Homeland Security Threats, he shares,
“The so-called ‘Caliphate’ will be crushed. The challenge will be, through the fingers of that crush, are gonna come hundreds of very, very dangerous people. They will not all die on the battlefield in Syria and Iraq. There will be a terrorist diaspora sometime in the next 2-5 years like we’ve never seen before.

We must prepare ourselves and our allies especially in Western Europe to confront that threat; because when ISIL is reduced to an insurgency and those killers flow out, they will try to come to Western Europe and try to come here to kill innocent people. We have to keep our eye on it and be ready for it.”

These are the very warnings that we have continually warned about leading up to the days that we are now experiencing. Connect the very events that are happening, how to prepare for such actions, and so much more. Also shared in this segment: Radical Islam, Homeland Security, Senate Hearing, refugees, Mosul, Iraq, and terrorism. Greg and Steve shared in this segment.

See more, related content and articles for this article.
Dumitru Duduman, Rick Joyner, Hudson Taylor, Bob Jones, and more share Prophetic Words of War and THE BILLION SOUL HARVEST happening in Russia! Part 3
[Part 1 of 3]  [Part 2 of 3] There are plenty of subjects being discussed and debated through the eyes of the world. But, as the Church, this is not the perspective that we must look through. What are the Kingdom mindsets; what is the Biblical perspective about what is happening? Regardless of what is taking place around the world, souls are always important to God and therefore they should be important to us.

Without an understanding of what is important in heaven, we can miss these things. After seeing and hearing what Bob Jones learned after experiencing heaven, you may not have the same perspective again.  “As I come close to the Lord, I saw that all the people that was in our line, He asked them only one word; “Did you learn to love?” He continues to share about his experience and the details of what he was shown. As he had the intention to tell the Lord yes, he was quickly interrupted. The Lord said, “I want you to go back”. As he recounts the story he shares that he didn’t want to. The Lord continues to share why He was sending Bob back to the Earth. “Go back, because I’m going to bring a billion souls into Myself in one great wave and I want you to touch a few of the leaders that I’m going to use in that time.” In the midst of all that is happening, we must remember that God is bringing souls to Himself.

God also spoke to Greg Lancaster and revealed that there will be an infiltration in America. When people come into America, they will also bring their gods.

When Brett Holderbaum received a night vision from the Lord, he was shown hundreds of aircraft flying and weaving in and out of buildings. As he looked closer at the aircrafts he could see Russian and Cuban markings on them. This highlights that what will be experienced will not just be a spiritual reality, but also a physical one as well. This is the word that Greg Lancaster released on December 11, 2013; “It’s going to be a physical battle, not just spiritual.”

As these very words were being released from Greg Lancaster’s mouth, the entire county was hit. Fiber optic cables had been hit; power was affected, internet was affected, and the power to the studio had immediately been hit. But, because of wisdom from the Lord, the entire word was able to be released. You can hear Greg Lancaster releasing this word and the sound of generators beeping in the background as he continues to release what the Lord had told him to share.

Additionally, Greg Lancaster had a prophetic night vision where he had heard a large explosion in Escambia County, Florida. He looked over the distant tree line and he could see debris being catapulted into the air, signifying a large impact blast that just erupted on the ground. Just as he noticed the first blast, another had occurred, and then another. He was looking towards the direction of the Naval Air Station in Pensacola.

Rick Joyner was intricately shown one particular physical attack that took place on a Texas Ranch. Before he shares about what he was shown, he reminds us, “…job is to bring Heaven to Earth…I believe it is more crucial than ever that we are seated with Christ in the heavenly places.” He continues to share, “There are many things that have just been doctrines to us before; they’ve got to be realities we’re walking in now.” Joyner continues to remind us that, “many dreams, warning dreams are about the schemes of the enemy that God is revealing to His people so that we can stop his schemes.”

He begins to share about what he had seen by stating, “I saw the most horrific gang that I have ever seen. This was a demonized gang…I can’t imagine demons being more diabolical than these people were.” He also shares where specifically this was taking place; “They were invading the South West United States. There were droves. It was coming like a plague.” It was unlike anything he had seen before. “This was a whole new level of demonic cruelty. It wasn’t just about killing people. It was about bringing as much pain, terror, and everything else you can before death, and everybody in the most cruel way was killed.” 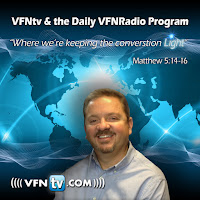 Not only did Joyner share what he had seen, but also how the American population responded. “American citizens became so outraged at their own government for letting this happen. There was a huge movement or uprising around the country against our Federal Government.” He continues to share, “There were many U.S. citizens who wanted to do to our government leaders what was being done to U.S. citizens on our southern border…what I’m saying is this madness came upon U.S. citizens too.” We may not be able to imagine events such as this taking place in America, but Joyner continues, “There were states where all Federal employees were fleeing, trying to get out of those states for fear of their lives…almost every state in the Union, almost immediately started rejecting Federal authority over their state…it was chaos, it was leading to anarchy.”

It is so important that we understand the very places that God has called each and every one of us to be. You need to stay in the place that God has put you. God is greater than every plan and scheme of the devil. The devil only has lies, but God’s Word is truth. The reason we are seeing the 10 Commandments being torn down across the Nation is because the devil understands the power of what God has given us. Now is the time for the Church to declare God’s Word with boldness. Be aware of what the Lord is revealing to us in these days regarding the days ahead, and so much more. Also shared in this segment: warfare, explosion, military, protection, calmness, and warning. Greg and Steve shared in this segment.

Baseball spectator reportedly has seizure, watch as Tim Tebow responds by laying hands on him

WATCH! Tim Tebow hits Home Run at First at bat; lays hands on fan; and how the Bible is one of America’s Founding Documents