See more, related content and articles for this article.
President Trump Delivers on Campaign Promise to Evangelicals: Remarks at Faith and Freedom Coalition
President Trump is not only taking bold actions in the areas of the workforce and multiple industries to better the American worker, he is also standing up for people of faith and our Constitutional rights. When the President recently spoke with the Faith and Freedom Coalition, he shared more about what his plans are.
As he begins with encouraging words, he shares this uplifting promise: “We will always support our Evangelical community and defend your right, and the right of all Americans, to follow and to live by the teachings of their faith. And as you know, we’re under siege. You understand that, but we will come out bigger and better and stronger than ever.” It is so vital that we are not only able to follow the teachings of the Bible, but also share these teachings with others, as Jesus called us to do. The President’s promise to protect these rights is embodied in the First Amendment of the Constitution. “Congress shall make no law respecting an establishment of religion, or prohibiting the free exercise thereof; or abridging the freedom of speech, or of the press; or the right of the people peaceably to assemble, and to petition the Government for a redress of grievances.”
As the President elaborates, he wants to make clear that no one is left behind or forgotten under his leadership. “We are going to battle for every American who has lost a job, for every family who has lost a loved one, for every American of faith who has lost their rights and lost their freedom. The forgotten men and women will never, ever be forgotten again.” It is those that cannot speak for themselves that we must speak out for. It is the very words of Isaiah 1:17 that the President recites. “Learn to do right. Seek justice. Defend the oppressed. Take up the cause of the fatherless. Plead the case of the widow.” The President continues to underscore the importance of these Biblical truths. “Because as the Bible tells us, we know that the truth will prevail, that God’s glorious wisdom will shine through, and that the good and decent people of this country will get the change they voted for and that they so richly deserve.”
The President’s calls for change have created tremendous results in multiple areas of the nation. Notably, is America’s Southern border and the decrease of illegal immigration since his Administration has taken office. “We’ve achieved a record reduction in illegal immigration. Did you see at the southern border, 75%!” He’s keeping the illegal immigrants out while also eradicating those within our borders that want to do harm to our nation. “General Kelly is doing a great job, and we are protecting our families, schools, and cities by removing the gang members. MS-13. We are spreading them out, the drug dealers and criminals from our country and cracking down on the sanctuary cities that protect them.” 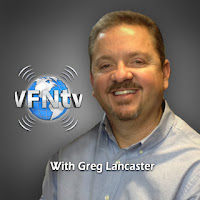 In addition to the sweeping changes that are taking place within America, President Trump’s decisions on the international stage are making waves. He pulled America out of the Paris Climate Accord, and elaborated on how America would lead the way in environmental change. “America will continue to lead the world on environmental protection. We’re going to have clean water, crystal clean.” The President continues, “We’re going to have clean air, but what we won’t do is let other countries take advantage of the United States anymore and dictate what we are doing and dictate our future.”
This is a huge mercy move from God! While many voices have criticized the President’s decision to withdraw America from the Paris Climate Accord, it is important that we look at one simple book, Rules for Radicals, written by Saul Alinsky. This is a book that highlights different tactics to organize a people group and it has been these tactics that have been used to try and organize the world.
On the back cover of this book, it is dedicated to Hillary Clinton and Barack Obama. On the inside cover of this book, it is dedicated to “the first radical known to man who rebelled against the establishment and did it so effectively that he at least won his own kingdom. – Lucifer.” One of the tactics elaborated in this book is how to organize a people around pollution. “Once you organize people around something as commonly agreed upon as POLLUTION, then an organized people is on the move. From there it’s a short and natural step to political pollution, to Pentagon pollution.” It is one thing to be concerned about the effects of our environment, but we must question one’s motives as to why they are focusing on it if it used for wrong intentions. The fact that President Trump pulled us out of the Paris Accord is a mercy move from God.
The President continues to roll out reform as He reinstated The Mexico City Policy, protecting the unborn, and the Johnson Amendment. The President elaborated on his actions towards reinstating the Johnson Amendment. “This Executive Order directs the IRS not to unfairly target churches and religious organizations for political speech so the people that you most respect can now feel free to speak to you…” The President continues, “No Federal worker should be censoring sermons or targeting pastors. These are the people we want to hear from…As long as I am President, no one is going to stop you from practicing your faith or from preaching what is in your heart and from preaching – and really, this is so important, from the bottom of my heart, from preaching from the people that you most want to hear and that you so respect.”
It is beautiful to see the President standing up for the First Amendment and people of faith, as well his outspoken support for those of faith. See the full story as you can also see the President’s full statements to the Faith and Freedom Coalition, and so much more. Also shared in this segment: The Trump Administration, President Donald Trump, The Johnson Amendment, The Mexico City Policy, The Faith and Freedom Coalition, Rules for Radicals, and pollution. Greg shared in this segment.

PROPHECY! Election of President Donald Trump was in Prophesied 2007; Impeachment Attempts Prophesied in 2014, but God says NO!